Wolvencrown – A Shadow of What Once Was [EP] 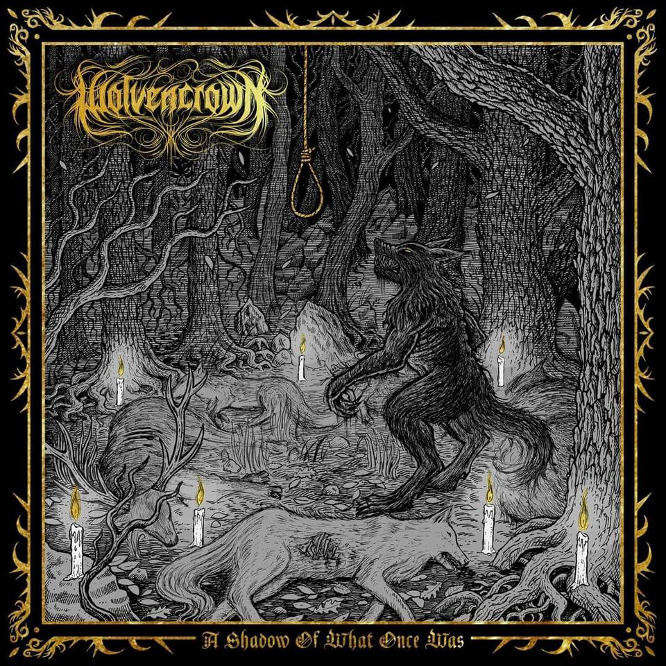 Black metal legion, Wolvencrown carve their third release in the form of a three-song EP titled ‘A Shadow of What Once Was’, clocking in around eighteen(18) minutes, this succinct EP can be more described as  cathartic experience. The overall theme of the EP seems to deal with death, self-destruction but the inner layers of one’s demise through the contemplation of an early grave. Even though three songs in length, it feels episodic as each song feels like a journey to an eventual bleak end. The description may feel like a negative aura is summoned forth, however, quite the contrary as even in the pained atmosphere there exists the touch of serenity that lingers within each musical notes, the EP feels like salvation that is sprung forth from open wounds, like a flower that may blossom upon a grave, so too does the EP dispel a sense of calamity within the torment ripped forth.

The voice that echoes through these hallowed chambers dispels a tone of anguish with its tongue soaked in sorrow. If images were to take form from the music, I’d imagine a noose tied tightly, breaking the flesh of one’s neck, with lips turning blue and a blackened tongue, the person cries out in agony as tears stream from reddened eyes. The first two tracks explore this feeling as it gives the illusion of the last few minutes before unplanned end, where one may feel the warmth of peace for the first time, as hypoxia slowly sets in. The instrumentation on the EP bleeds a raw, cold vibration, while not necessary intense, the drums take a stripped down approach with simplistic patterns, however the slow structure utilized here accentuates the feeling of distress that rings through the songs. The guitars like the drums are recorded well, but instead the playing utilized here is one that evokes an afflicted emotion, matching the despair within the vocals. All musical aspects work in synergy here as it guides the listener through this journey of the end.  The last song, is a full on ambient and instrumental track which releases a wave of tranquility, as if the person finally found the solitude he yearned, an end to suffering which  leads to the beginning of silence to purge the cacophony within the mind.

For a concise EP it is works rather well in crafting an emotional, ambient piece. The meanings and imagery I drew from this work may be different from the pictures you may paint….but that’s a positive of this EP, as it allows oneself to drift into this world in where you can decide what to feel within the vibration of each note. To Wolvencrown, I look forward to future releases! Hails! (Justin Joseph)