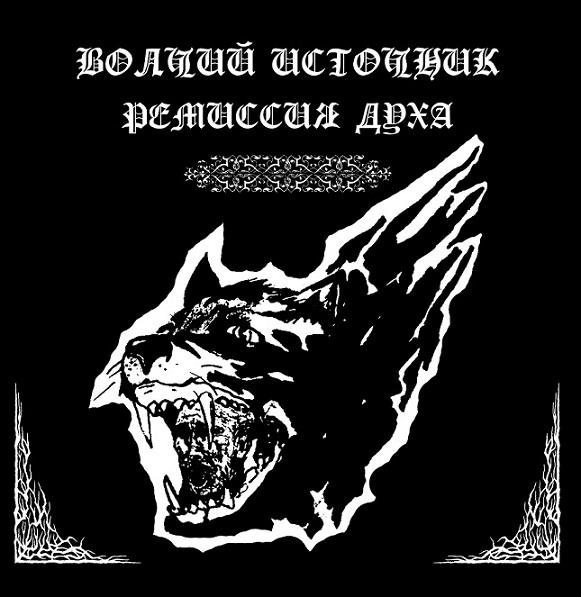 This is a special one VM Underground managed to lay its hands on.

“Ремиссия Духа” (translated as “Remission of Spirit”) by the band Волчий Источни (Wolf’s Source) was recorded in the penal colony of Kamyshlov, Sverdlovsk Oblast, Russia, where the main musician of Wolf’s Source, Alexander Tantsyre was serving his eight-year sentence for murder.

Originally released by the Russian Ridge ov Dragon on CD in 2007, this Black Metal gem was recently re-released by Goatowarex with new artwork.

Alexander went on to form Khnuth and released another 3 albums under this moniker until his untimely death in 2016.

“An album, created into the conditions of imprisonment”, it says.

All in all, the instrumentation and vocals on this album sound more than decent. The bellowing, swirling and grinding Black Metal of Wolf’s Source with the rabid vocals of Alexander remind strongly of the antics of Forest, Branikald and other stalwart bands of Blazebirth Hall.

Unbridled brutality is to be expected. The coarse and blood thirsty venomous vocals, the harsh merciless pounding drums and the wall of reverbing guitars, all contributes to a whirlwind of the most vile and pure Black Metal mayhem every recorded.

No fancy and smooth production, no hi-tech studio gadgets to polish the sound. 36 minutes of raw Black fukkin’ Metal it is. And above all – this one sounds genuine and more underground than anything I’ve heard of lately.

Fans of Blazebirth Hall and its bands really ought to check this one out. I’m already sold & hopefully this album will get more re-issues in the near future. (LCF)