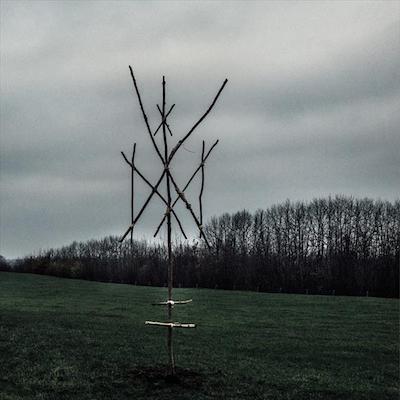 „The Dead Have It Good III“ or in their language „De Doden Hebben Het Goed III“ by Wiegedood from Belgium is an emotional rollercoaster. The Black Metal outfit uses a big range of technical  abilities to create dark, dense Black Metal. With staccato riffing, more of Thrash metal, with open minor chords, powerchord whirlwinds the Ofermod way and some melodic leadguitars to end it all. But also ancient blasts, bass eruptions, shrieking vocals and the tempo changes when needed. Some lonely played guitar creates a calm before the storm, as blast beats collapse over the listener with some Tibetan monk like chanting accompanying the riffcascade. The album is divided in 4 songs, clocking in a total of 34 minutes. The melodic aspect, maybe due to the loss the band had, is excellent  and let you feel the emotions the band had or still has. Really Epic moment here, since the vocals do their own to give this hymn the right approach. Wiegedood found a good balance between aggression and melancholy. Atmospheric, yet with enough violence to tear souls apart.  The production is perfect as it is balanced, powerful and clear with enough dirtiness to keep the primal aggressive nature of the music. Some parts remind me of some Devathorn and MGLA sort of combination, taking great leads over a constant chord being played with forward driving double bass groovy beats. But do not compare them too much, they already have their own brand of Black Metal darkness, clearly rooted into nineties Black Metal era. Excellent release which I think will be found on more than a few lists at the end of the year. (DPF)