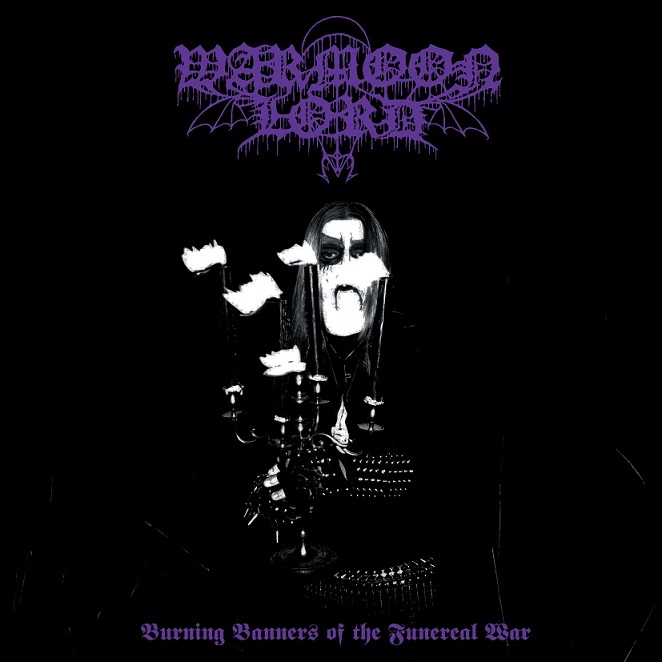 One of the most surprising and more extreme releases on the Polish Wolfspell Records’ label is the Finnish one man band/project Warmoon Lord, featuring a multi-talented musician who goes by the moniker of Vechi Vrăjitor. Wolfspell records must have spotted the craftsmanship of this band and a debut album was released.

The album starts with the instrumental “The Tragic Moon”, a masterpiece of well executed Black Metal incorporating heathen influences and epic bursts of keyboards. It’s always nice to hear a neat instrumental part or intro before the main part begins. “Obsessing Darkness” is the second track; raw Black Metal oozing dark energy and savagely screamed vocals manifests itself in full glory. The spartan use of symphonic keyboard parts add to the atmosphere and tone of the sound while Vampirism seems to be one of the topics in the album.

The truly heavy drums (awesome bass drums) which are present throughout the entire album give an extra push to the brutal music, guitars are panoramic, sounding raw and melodic at the same time. Vocals contain just the right amount of echo to make the songs a haunting experience. There has been a great deal of effort and expertise been poured into these songs.

Steamrollers like “In A Rotting Memories Grave”, the long and menacing“Funereal Blood”,  and the raging “Blazing Warrior” – they’re all tsunami’s of untamed Black Metal.

It’s a band from Finland, one would expect something freezing cold in the vein of Horna, Satanic Warmaster or Sargeist. But no…not really. Warmoon Lord do sound as aggressive as a Satanic Warmaster, but add more melody and variation to their compositions. And seem to have one foot firmly planted in the 1990-ies Black Metal scene

My 5 cents : if you like raw but well-produced fast Black in the vein of Satanic Warmaster and with atmospheric parts à la Mooncitadel, Vargrav and the legendary Thy Serpent you should check out Warmoon Lord. (LV)