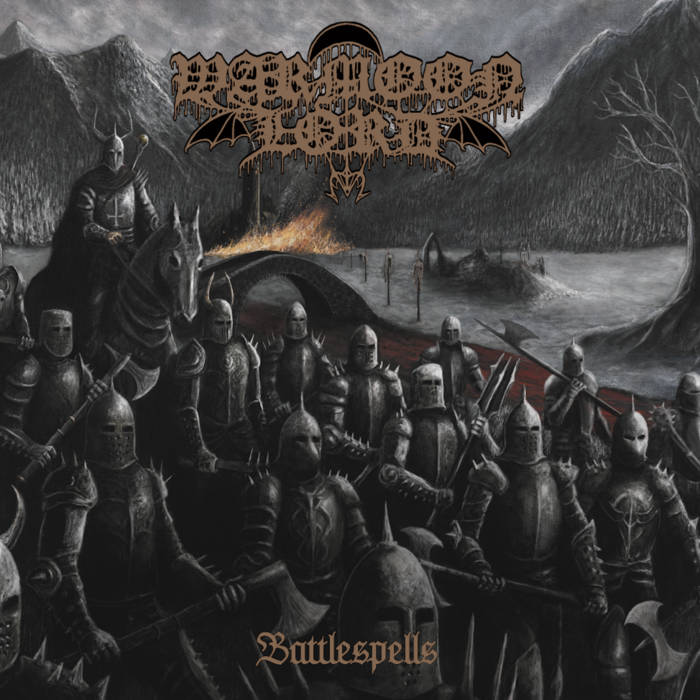 If the entity of Death surveyed a battlefield that is ruled by carnage, while celestial eyes look up the bloated carcasses filled with steel and arrows, while the clash of swords ring the air…if the very essence of those sounds produced from the bloodshed were chronicled, it would take the form of the album, ‘Battlespells’ by Warmoon Lord.

For the very album feels like the facets of war unfolded like a tapestry which details the rise and fall of the conquest as each pattern etched weaves a different story.

Tracks such as ‘In Perennial Twilight’ and ‘Purging Nefarious Vortex’, fosters the spirit of that which was described, as the very spirit which possess this track invoke the imagery of a warrior’s point of view through the helm where the only thing that tethers one to their mortal shell is the steel wield within their grasp. This tension is discharged by the myriad of riffs and symphonic keys fused together where the musical components reverberate a tone of calamity with a primal aggression discharged with the percussive elements.

Before I stated that the album expresses the many faces of wars condensed into one release, ‘The Key of The Moonpiercer’ is one song which displays this where the track itself crafts the atmosphere of  one who awaits the battle to commence at sea as he stares out to the horizon contemplating the baptizing of iron, salt and blood. This imagery is conjured with the culmination of the acoustic interludes combined with the keys that churn out a somber tone but it is the strings and percussion that break away into that barbaric atmosphere.

Warmoon Lord has created an album that hones the elements of Symphonic Black Metal to transform it’s being into that which is the heart of war, where each beat pulsates a different aura and entity. For this very reason is why I immensely enjoyed this album as it’s very essence it produces provides an immersive experience that captivates the listener. (Justin Joseph)