Wampyric Rites – The Wolves Howl to the Moon 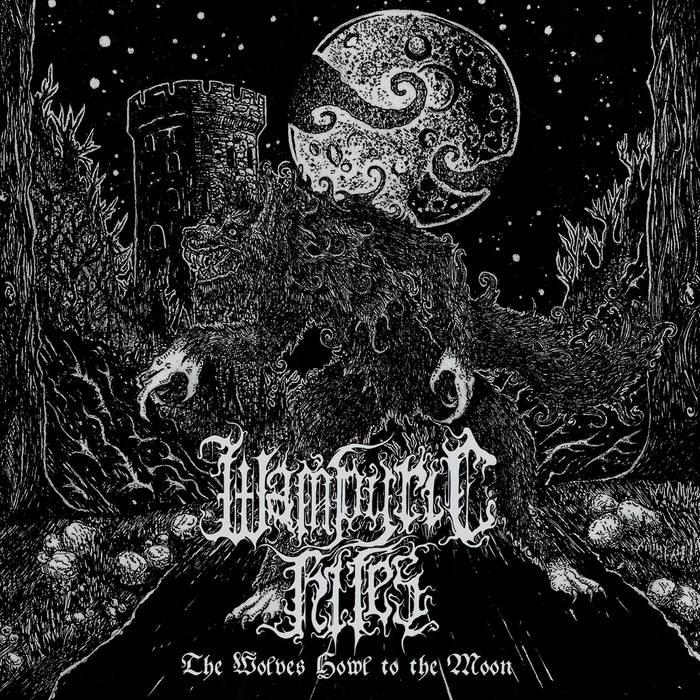 Ecuador seems to be a recent hotbed for Black Metal and right at the forefront of it is the duo known as Wampyric Rites. Since their inception in 2019, the band has quite a bit of material under their belts such as demos, split recordings and one full-length album, “The Eternal Melacholy of the Wampyre”, which was released in 2021. With their newest and latest offering “The Wolves Howl to the Moon”, Wampyric Rites continue their devilish reign with five tracks of the most impure and unapologetic Vamypric Black Metal.

In the album’s opening track “The Ancient Tyrant Returns from the Deep Forgot”, it will be quite apparent to anyone familiar with their previous works that this is in fact a Wampyric Rites album. The intro to this song is short-lived, a melodic piece complete with ambient keys, low volume guitars and bat squeaks which immediately switches to a wall of haunting sound. It’s fairly remniscent of the classic Emperor album “In The Nightside Eclipse” but without being a direct copycat. The album is quite the journey and although it is not a total departure from their past, there is more of an emphasis on song progession and structure with a more atmospheric landscape. There’s a heavier use of synths here but they are not overused and provide just the right amount of ambience.

“The Wolves Howl to the Moon” may be a good place for the unfamiliar ear to start but in all honesty the entire Wampyric Rites catalog is easy to digest and wholly enjoyable. They’ve been able to capture shockingly beautiful acoustics with gut wrenching Black Metal and do so without coming off a being too gimmicky. The album is set to be released in digital, CD and cassette formats this August with a vinyl release slated for later in 2022. (Tara)