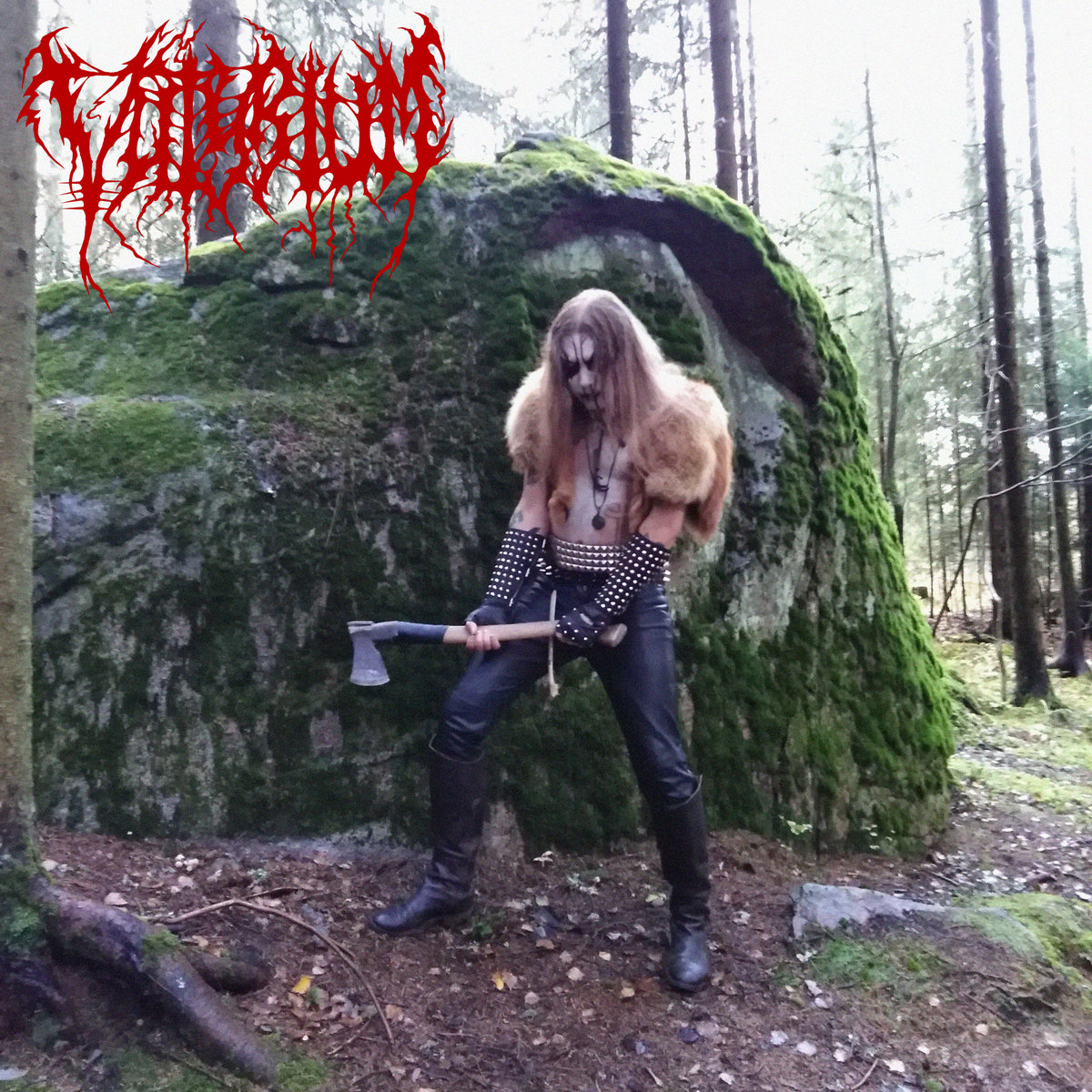 The first chance for the greater audience to be exposed to the sound of Finland’s Vultyrium was with the release of their 2020 split album with the fellow countrymen of Warmoon Lord. A solo project of Sadist Stalker (who recently joined Warmoon Lord on vocals), the first release was quickly followed up with the 2022 debut full-length album, released on the renowned Finnish Black Metal label Werewolf Records.

The album, simply called `Vultyrium’, features four lengthy tracks clocking in at over seven minutes apiece. These are produced with a raw sound that is less shrill than the sound on the tracks on the `Pure Cold Impurity’ Split release with Warmoon Lord. The guitar sound creates a nice contrast with the raspy high-pitched shrieks of Sadist Stalker that are fairly similar to those of Hat, the vocalist on the first two Gorgoroth records. And comparisons with Gorgoroth do not end there, as Vultyrium plays a style of Black Metal much in the vein of earliest Gorgoroth, Darkthrone and Moonblood. There is certainly also a fair bit of resemblance to Satanic Warmaster: a bit like `Opferblut’ when Vultyrium is at their rawest, but also like some of the later records when synthesizers and slightly more emphasis on melody is added to tracks like `Nocturnal Entity’. The keys are often subtle and take little away from the rawness in tracks like `Barbaric Triumph’, where arguably the song sounds the most epic when the guitar melodies together with clearly audible bass offer a contrast with the raging drums. The pace of the drums and bass is generally unrelenting, as is best displayed on `Into the Castle Dark’. The album even features a fully instrumental track, `Under His Wing’, which manages to remain interesting throughout, with a great number of riffs that range from raw to symphonic Black Metal. Once again, credit to the Finnish for packing melody in their Black Metal without losing any of its edge.

Just like the cover suggests, the music on `Vultyrium’ is played with a genuine passion for underground Black Metal. And while not always played extremely tightly (and honestly, who cares about that), it’s raw and catchy and even with songs that are quite long, never feels like it drags on. An excellent debut album for those that like raw and traditional Black Metal. (VincentP)