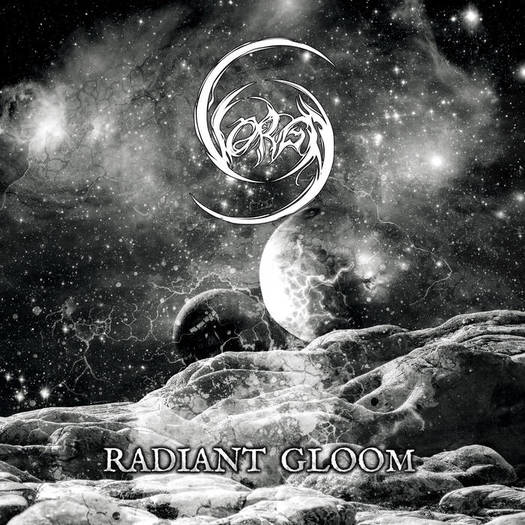 Vorga are a relatively new band and, as such, there’s not a lot of information about them on the old interweb. Their facebook page tells me they’re “a multinational modern misanthropic black metal band based in Karlsruhe, Germany”. So, I was expecting pretty straightforward Black Metal. But, what I got was a bit of a surprise.

The opening track, “The Black Age”, opens with a very cool drum fill. Parenthetically, so does the second track. The drumming here is great. Vorga have a bit of rock feel about them; kinda like the rock feel on Dissection’s “Reinkaos”, but less melodic. There’s also some cool, slower arpeggio-type riffs here with the drums cruising along underneath them at sub-blastbeat pace. The first few songs on the “Radiant Gloom” EP really chugg along.

Although the vocals are nice and dirty, there’s too much singing on “Radiant Gloom” for my liking. The vocalist seems to be from the Dani Filth school of singing. To be clear, he doesn’t sound like Dani Filth. What I mean is that he fills almost every available space with vocals. It’d be nice to let the music breathe a bit every once in a while. Relatedly, I wasn’t a fan of some of the lyrics. “All of your demons come home to roost”, for example, is cheesy as fuck. But, Black Metal isn’t known for it’s quality lyrics, so this is forgivable.

This was a tough EP to review because, although they’re cool, the riffs aren’t overly original. But, what Vorga do with them is. It’s uncanny how they’ve managed to achieve this. The song structures are great, often building to a crescendo. Overall, this is a nice debut. (George)