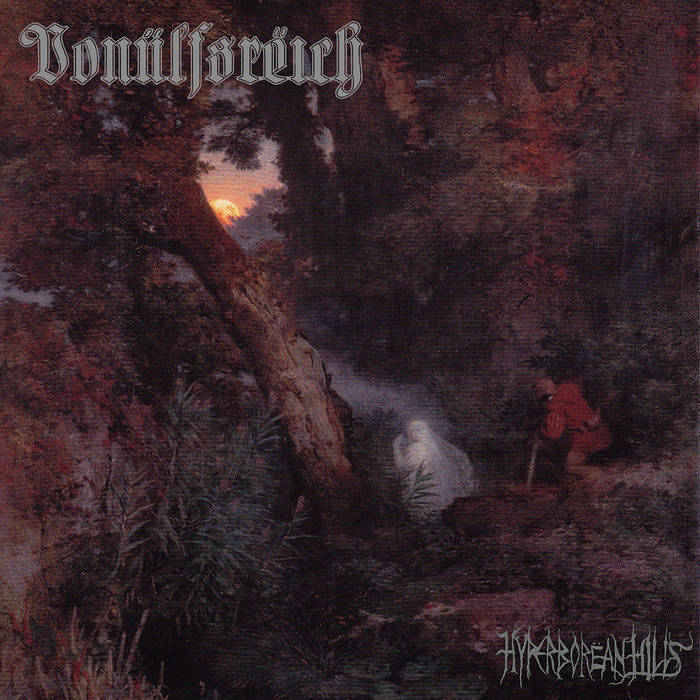 Well, the Finnish Black Metal scene is conquering our pages lately, but this time we are dealing with a re-release of the debut album of Vonülfsreich, an act that is more known of their 7 EPs since 2013. The first edition of their first full length was released by for some notorious, for others ill-famed Darker than Black Records back in 2017 but only on 12” vinyl and there are no extra additions, like a bonus track or rehearsal tracks on this one.

The duo Fogg and Yonülf are keeping their Black Metal plain and uncomplicated which sounds close to Darkthrone and occasionally Mayhem’s “Deathchrush” although with a cleaner sound than for instance “Panzerfaust” and the aforementioned “Deathcrush”. Just take a listen to the second track “Vonülfsrëich“ and it will convince you of the Darkthrone influence while “Gyromantia” has the “Deathcrush”-vibe for a bit. The Nature spirited slight punkish Black Metal, with songtitels like “Lake” and “Hike”, is traditional and will not show you any new tricks, but the fans and the purists will value this re-release nevertheless. (Ricardo)