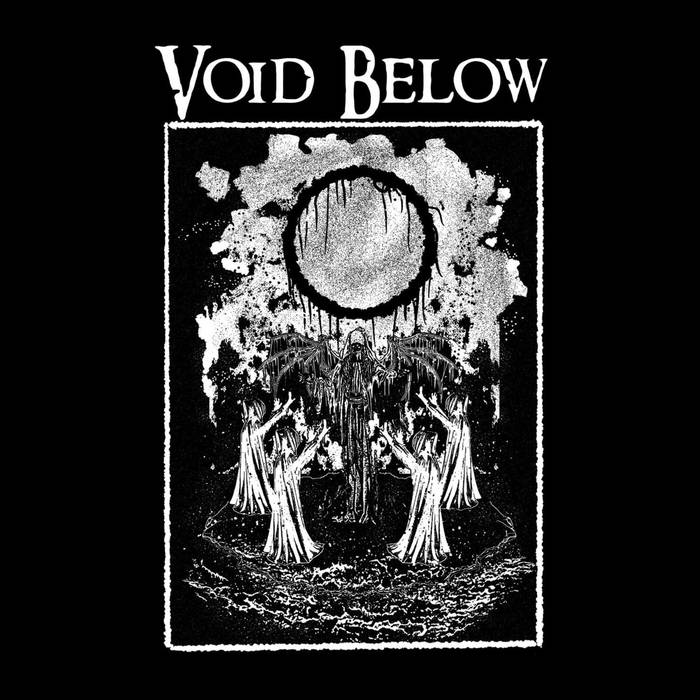 Cumbrian Death Metal band Void Below set the perfect tone to their debut EP with the instrumental ‘Initium’, whose coldly calculating yet calming tones malevolently creep forwards into more chugging riff territory. There is a pleasing chronological aspect this self-titled EP in that ‘Initium’ leads swiftly onto ‘The Inevitable’ which inevitably leads from the controlled anticipation of the intro to the furious guitar leads and blistering tirade of growling vocals and punishing double kick drum beats. And yet even here the EP retains it’s coldly clinical, almost sociopathic aura as Void Below unleash their aural fury but still simultaneously keep it reigned in, as if refusing to fully reveal their arsenal.

More calculating thoughtful Death metal arises in the form of ‘Ancient Deity’ whose intro is simply a chasm of unending horror yawning its horrific malodourous breath into the atmosphere before more crushing chugging riffs and rumbling save bass lines combine with steel laden drums and the wry, controlled chaos of the vocals. There is a saga like quality to the EP as the lyrics are very audible despite being growled at throat searing levels of barbarity.

The EP through it’s four very well written and performed tracks acts one concept told through four chapters. Each song represents a cataclysmic event that then leads to the demise of humankind and then, in a disastrous chain reaction of events, to the eventual rise of the Elder Gods. The inspiration behind this theme is John Carpenters film, ‘In the Mouth of Madness’ and just from the audio clips used during the EP’s finale ‘Collapse ov Dominion’, a genuine sense of apocalypse and bleakness radiates like a plague through your speakers. A concept Ep for your debut release is brave but in truth Void Below have the musicianship, song writing skill and the sound of a band with years of experience. We’ll have some more of this End of Days forecasting bleak Death Metal please lads. (Luke Hayhurst)