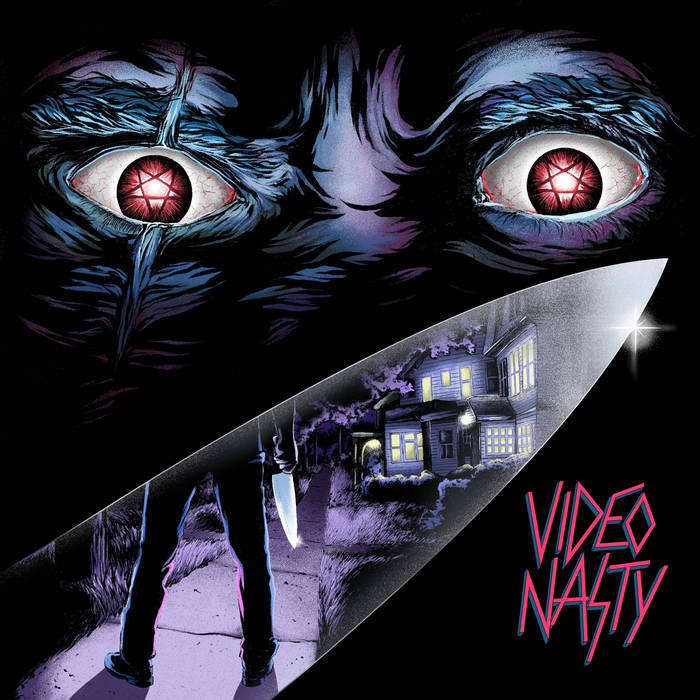 You know, there aren’t a ton of horror movies that revolve around metal bands, but there sure are a lot of metal bands that focus on horror movies. It’s a fruitful pairing, one that has resulted in countless, classic songs from a wide range of metal subgenres. Deicide’s “Dead By Dawn” sounds nothing like Iron Maiden’s “The Wicker Man,” which in turn sounds nothing like Dokken’s “Dream Warriors.” These songs have aged (to varying degrees) like fine wine, and it doesn’t stop there. I mean, you could literally fill a book about this as the examples are numerous. Horror has a very rich history, so it makes sense that it has provided endless amounts of inspiration to countless artists and still does.

Case in point, the Canadian newcomers Video Nasty. These cult horror acolytes (named after the infamous British debacle that tried to censor said films) channel their love and passion for the genre through their own specific brand of Speed/Thrash Metal. Their self-titled EP deeply reflects this and I can assure you, it’s a rip-roaring good time that’s composed of a handful of tracks that are directly inspired by notable cult classics (my personal favorite being “Castle Freak”). And, like those films, these songs deliver a stark jolt to the system. Chock full of galloping Thrash riffs, horror samples, and a snarling vocalist that’s aided with the occasional gang vocal, it’s hard not to smile. Really, I can’t stress how infectiously fun the whole EP is. Video Nasty’s pronounced love of old school Thrash is also apparent, as their sound will appease those looking for music akin to the early days of Sodom, Slayer or Sepultura (the latter of which shows up on the EP in the form of a cover of their early song, “Antichrist”).

However, much like those classic flicks, it’s over before you know it. But that isn’t such a bad thing, is it? Clocking in at roughly twenty minutes, this just means that you have enough time to throw it on again. It’s a blistering EP for sure, one that will quickly catch on with underground Thrash fans the world over. Here’s hoping that there’s more to come. Until then, HORROR UNTIL DEATH. (Sam Cooper)