Victims of Contagion – Lamentations of the Flesh Bound 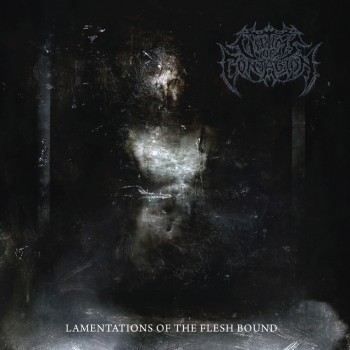 Do you like the downright brutal technicality of Allegaeon, Suffocation and Revocation, stupid question really isn’t it. Well, turn up your speakers and just listen, no really listen, to Victims of Contagion. Their debut album “Lamentations of the Flesh Bound” is about 40 minutes of murderously heavy tech/death, masterfully and insanely mixed together which I was into after the first listen.

This album was released in June and I’ve just slipped out the back to give myself an uppercut for not finding this sooner but I’m back now, bleeding from the nose, and ready to continue. Victims of Contagion’s technical powers are on full display throughout this journey however this isn’t overly done to the point where the tracks themselves get left behind just for the sake of, for want of a better term, showing off. Don’t get me wrong, there’s still all the complex rhythmic and dynamic song structures but this is paired with speed, violence and an intricateness that gives the listener an insight into their instrumental madness which is devastatingly blended with prominent musicianship.

From start to finish “Lamentations of the Flesh Bound” is technical mayhem. This inhuman assault of the aural senses is brimming with really cool tempo and chord changes, vocals that growl and spit their way out and brilliant blast beats abound. I really can’t believe that this is a debut album. Its so wonderfully crafted and the atmospherics that each track brings is truly outstanding and really showcases the advanced abilities of the band. “Autophagous Horizons” is the last track on the album and at over 12 minutes epitomises everything I’ve said. This composition has everything prog, death, tech and there’s even some thrashy bits.

Now, don’t do what I did and leave it to late to listen to this because you really need to check this album out as soon as you possibly can. Victims of Contagion can only go from strength to strength based on this album and you may just miss joining them on their wicked technical death metal ride from the very start. (Longstretch)