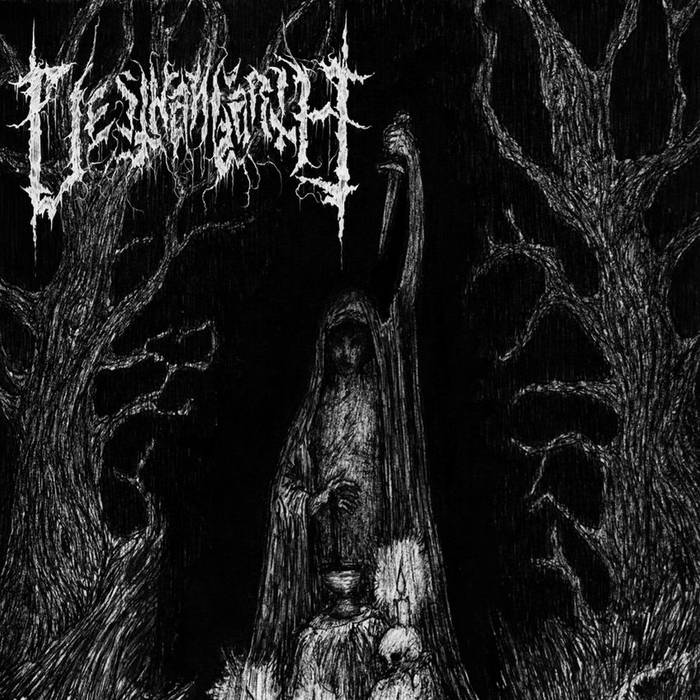 That Chilean metal is on the rise is something we have known for years. After an impressive rise of Chilean Death Metal, in recent years the Black Metal scene has also been flooded with bands from the South American country. Lately I have reviewed several underground Black Metal bands from Chile here on VM-Underground, to that list we can now add this new Vesthangarth. With ‘Doomed Blood Concatenation’ they release their first demo.

Where most of their compatriots present an icy, raw form of Black Metal, this duo comes up with a remarkably well recorded demo in which clear attention has been paid to the recordings and the sound. Still it is a raw form of Scandinavian-styled Black Metal, but it is clearly not bedroom quality. The generally mid-tempo Black Metal is kept dynamic with some more primitive drums and is laced with enough melodic riffs to make ‘Doomed Blood Concatenation’ an interesting demo. The vocals are somewhat standard, but basically do not detract from the quality.

If Vesthangarth further invests in getting their music (even) more dynamic, in the drums preferably, and perhaps also in the vocals, I foresee a bright future for this Chilean duo. Anyway, Vesthangarth is yet another proof that there really is something in the water there in Chile… (FelixS)