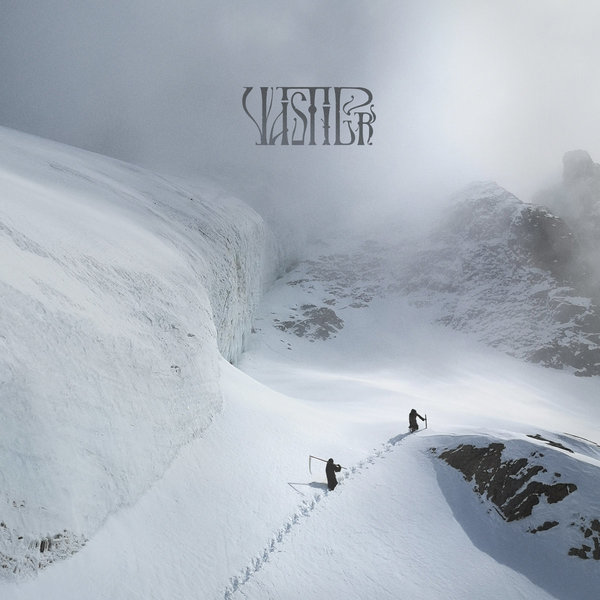 There are certain albums that fly under one’s radar, and when you do discover it, the scent of regret hovers over for a long period of time, this was my experience when I discovered Vástígr’s debut album, “Aura Aeternitatis”. Released in 2019, Vástígr is Atmospheric Black Metal outfit hailing from the lands of Austria, and let me get this out of the way, I’m claiming this album as my album of the year, yes… I know this was released 2 years prior and yes, I know we are in 2021 …. Am I crazy? Possibly, but that’s beside the point, if that tidbit didn’t give you inclination as to how astounding this album is, then read on dear reader, hopefully this entertains your curiosity.

The overall album engulfs your senses and gives the illusion as though one is trekking through a long, cold winter, your boots crunching in the snow with every step, the howling of the cold winds as it stabs your face, but you keep trudging on, despite the hell that you are in. This feeling is accomplished by the instrumental aspects of the songs, as the roots are embedded within that of Black Metal, however, the playing is rather unorthodox as it shifts into outbursts of jazz and progressive elements throughout each track. In my humble opinion, when music is trying to be overly technical or progressive just to showcase musical prowess, it comes of less organic as I believe the chords should flow free and form around the actual song like a river that shapes around the rocks. Vástígr does the latter where the technicality showcased here feels tangible, as though there are veins within each note with blood coursing through it, as such the switch in elements here works as an advantage in building this summit of an album as it makes the atmosphere denser. The guitars and drums exude a raw, thick tone to it, ringing with dissonance, if the base of the album was winter, the instruments reflects that of nature and her ever-changing aspects, as the twists and turns taken by the riffs and percussion aspects feel like the change in seasons. I stated before that the album painted an imagery of a lone wanderer journey through a thicket of snow, but when the progressive sounds are heard, it illuminates a change in the atmosphere as though the snow is melting away, and you can finally feel the sun upon your skin.

The vocals amplify the elements found here as the voice to this blizzard feels buried, but not in a negative way, it’s like bellowing cry heard from a distance through the wailing winds and this breathes life to the album, its one of my personal favorite ingredient in “Aura Aeternitatis” . The voice sounds similar to that of bands like Panopticon and Saor.

Overall, this is an immensely beautiful work of art that conjures an atmosphere where one’s imagination can linger and to me, that’s one of the many fascinating aspects of Atmospheric Black Metal, within those minutes you are in a different world, where you can experience a multitude of elements. I would highly recommend this to any Metal fan, not just Black Metal alone. To Vástígr, I look forward to seeing further releases in the future! Hails! (Justin Joseph)