Vardan – Dirty And Bloody Nails From The Forest 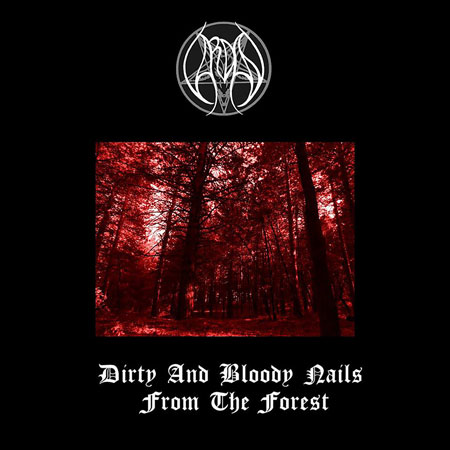 Vardan from Italy is the main musical outlet of multi-instrumentalist Vardan. He was been quite prolific with this project, since it was conceived around 2007.

This particular release, “Dirty And Bloody Nails From The Forest”, was originally available as a CD-r  and on the Vardan Bandcamp site on digital format, until Vardan decided to re-release it as a full-fledged Compact Disc, late 2018.

This is one of those releases that went under the radar, so to speak. Nonetheless VM-Underground were able to get hold of this exclusive release.

This one man band/project is not entirely unknown as several of its releases are marketed by Moribund Records. Housed in a fine A5 Digipack format, the album offers 7 untitled tracks of grim, sad yet quite raw Black Metal brutality.

Like a bat out of hell explodes the first track. Heavy blast beats, a churning bass and ominous foggy guitars provide a perfect habitat for the screamed putrid, blasphemous vocals. The music also sports lamenting shards of synths to underline the songs and giving them an extra desolate, heretic dimension.

And it goes on like his – up tempo vile Black Metal as rotten as can be although Vardan doesn’t hesitate to slow down (track “III”) if needed to deliver an even more, gloomy and bleak feeling to its brand of raw and tortured Black Metal. Highlight of the album has to be track “IV” which stampedes itself into oblivion for over 7 minutes long, with interludes and tempo changes – all the works.

Needless to say there is enough variation throughout this entire album.

What we have here is a quite interesting project that draws its influences from DSBM & mixes it with raw Black Metal. Those who are into gloom, doom, desolation and slightly influenced by the USBM type of Black Metal may want to check out Vardan’s other works as well.

For more information about this release it is best to contact War Against Yourself Records. (LCF)