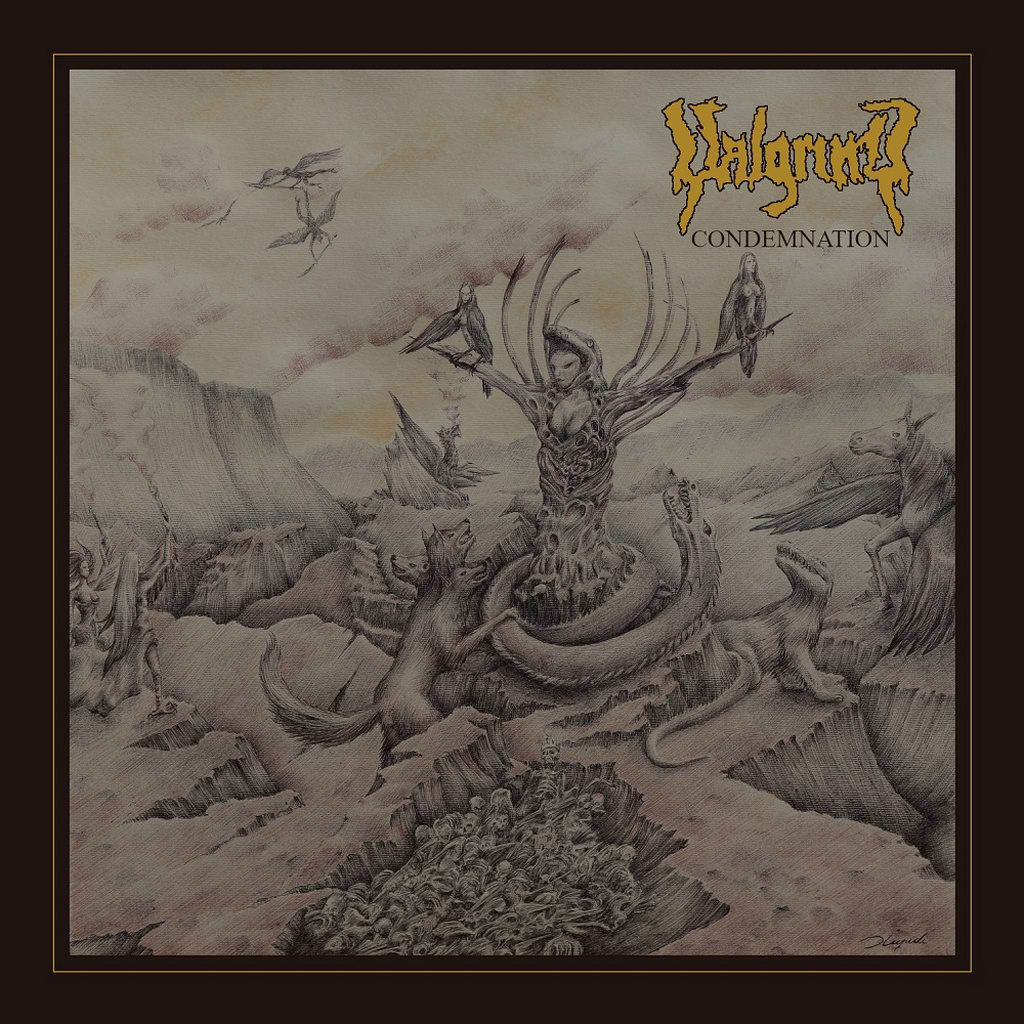 Time for another round of Death Metal. This time form Italy. Valgrind are blasting and riffing since 1996 already. It took a couple of demos, an EP and 16 years later until they released their first full length „Morning will come no more“. Since then 2 other albums were released as well as an EP and became a rising force in the underground. Now with album number 4 Valgrind seem to go further and teamed up with Memento Mori to unleash an interesting mix.

“Condemnation»”is their most interesting and versatile record so far. It combines the Morbid Angelness with some Pestilencian riffing as well as a very unusual way of melodies which are incorporated into the overall chaotic yet distinguishable sound. Some Heavy Metal influenced work finds its way into the record and makes it special, diverse. The twists and turns make this record very enjoyable and the strong force here! There is a lot to discover, a lot to dive deep in. They also can do it HEAVY (The end of the title track is killer, I wished it would have been longer haha). Tons of killer riffs and moments to bang your head to, exactly what I like.

The production has punch, is well balanced and gives space to everyone and to the atmosphere.

Some influences might sound obvious, but Valgrind made them their own and succeeded where many failed. They also found the right balance between complexity and straight forward bashing. More of this. Auguri! (DPF)