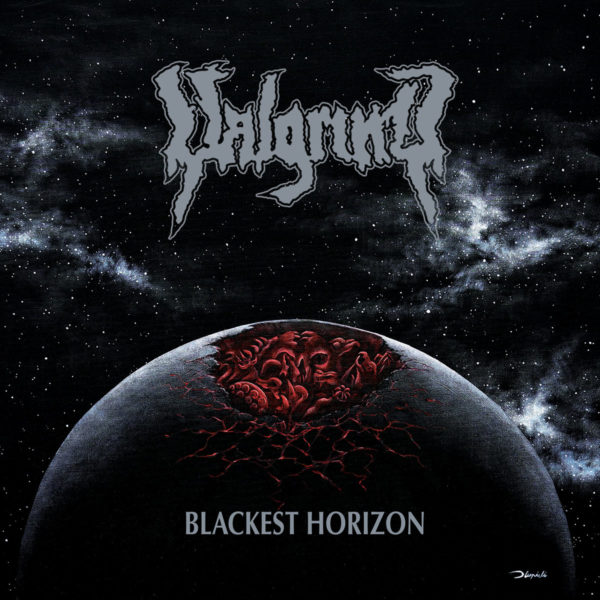 Italian Death Metal veterans Valgrind just released their third album called “Blackest Horizon“. The last 3 years were very prolific, having released a record each year. Terms of quality, you say? The quality was even increased with each release, finding its apex with their newest output of mostly American inspired Death Metal. Singer Daniele Lupidi sounds like a mixture of Mameli, Van Drunen and Gubbels, with his throaty disturbing vocal approach. Talking about Mameli, Pestilence, especially Testimony of the Ancients, seems to have influenced Valgrind in some occasions with the inclusion of some eerie keyboard passages, vocal style, progressive nature of the songs and riffwise. The drum variation and the more technical stuff of the album has got a lot of early Monstrosity and Morbid Angel in it, which should be pleasant for old school death maniacs with a certain claim. There is a lot going on here. Killer performances by every band member, twisted songs that have a sort of catchiness while enough complex to be interesting on a longer term. Sometimes even the blackest horizon has got some light shining through it, which means some occasional melodic riffing or spectacular guitar solos. A truly good album which only misses the last touches compared to the “classics“ to be considered one. Well done guys! (DPF)