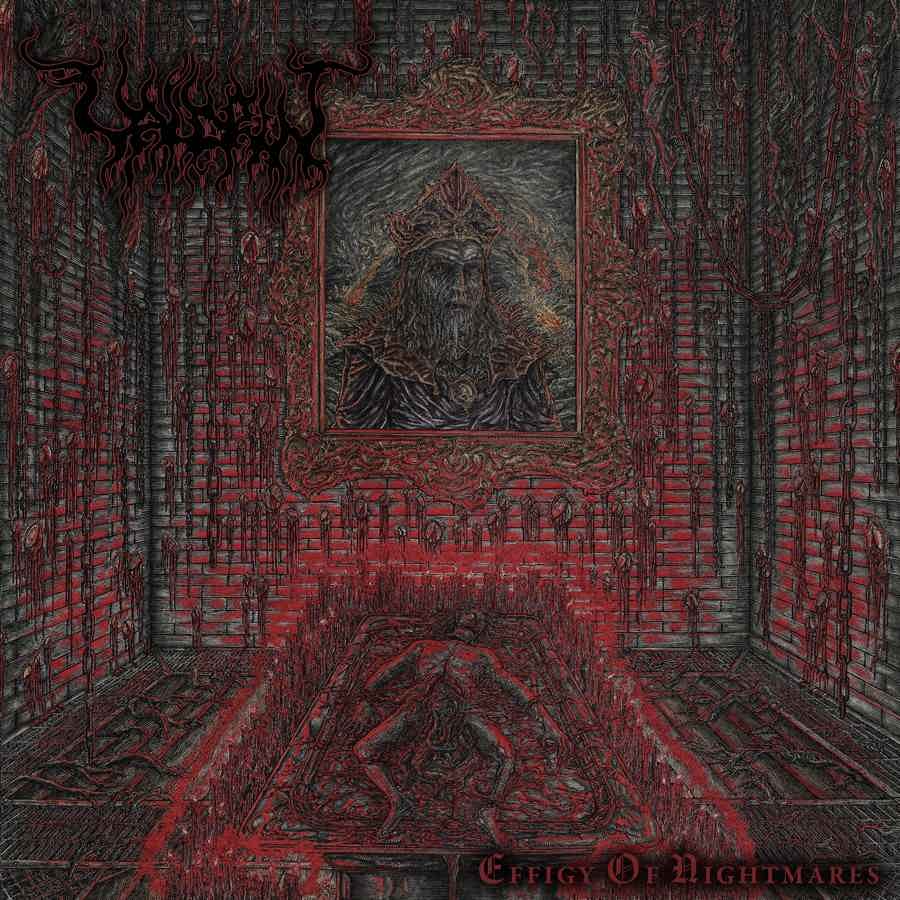 Valdrin, the journey continues and leads to “Effigy of Nightmares”, their 3rd album and continuation of their works “Beyond the Forest” and “Two Carrion Talismans”. 10 years already around and 3 full lengths released, it’s more than pleasant to see that the quality has always been high and didn’t decline. The new record is top notch again.

Something that immediately popped up was the piano playing in the first 2 songs, which gives the compositions a more medieval or classic feeling, if you understand what I mean. The Emperor DNA is clearly in their veins and the Morbid Angel/Ripping Corpse moments can still be found, accumulating tons of crazy riffs and ideas into one vision, something I found in the track “Red Burning Candles Of Hatred”. The vocals still entrance me, the reverb layered upon it makes them perfect. The production feels a bit more natural than on its predecessor but goes in a similar direction, well done!

The dreamy landscapes, like in “Basilisk of Light” are not from this planet (check out the bass lines as well). The songs progress but are still catchy enough to get into it very fast.

“Down the Oubliette of Maelstrom” concludes the record with piano sounds and film score like foundations, reaching a dramatic point which can be heard in the vocals at certain points of the song. The record is a dark dramatic poetry and has a very fitting title (the last moments of the record are pure madness).

“Effigy of Nightmares”, hopefully not life threatening, but sure brain melting. Cheers! (DPF)