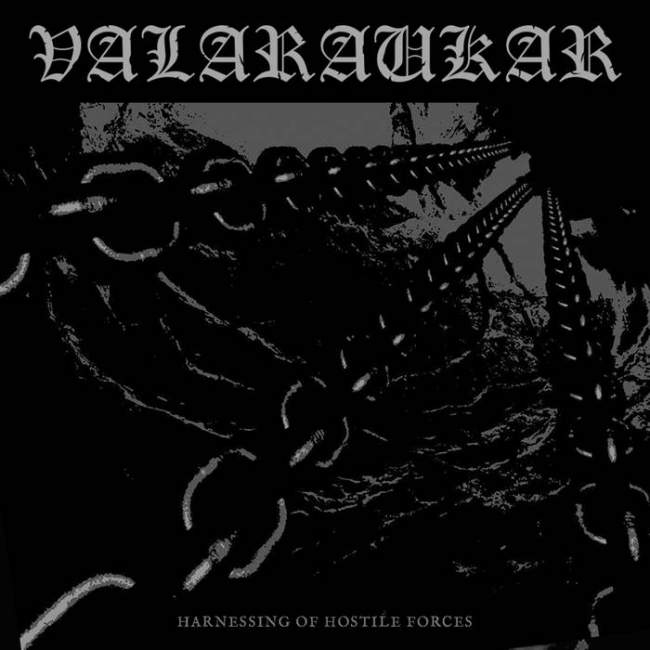 Before Valraukar, there was NNGNN. Before NNGNN there was Nolti Nan Gana Nan Nolta. Back in those days these Scottish blokes were playing Black/Thrash dedicated to the likes of Bathory and Celtic Frost. While the sound evolved to more straightforward and fast Black Metal, Sovereign and Vagath decided to put NNGNN to rest and let the arise of Valraukar begin.

These two followers of the dark arts are presenting a form of Black Metal that can be more described as powerful and dark than  pure icy and bleak Second Wave Black Metal. This is more a haunted dungeon than a frozen forest covered in snow sort of speak. When you listen to the second part of the opening track “Hostile Forces” you will hear certain riffs and harmonies that are in the vein of Soulburn during “The Suffocating Darkness” and “Earthless Pagan Spirit” albums. If they keep focussing on these kind of riffs, I’m anxious to hear their forthcoming debut album. (Ricardo)