Ungoliantha – The Howl in the Waste [EP] 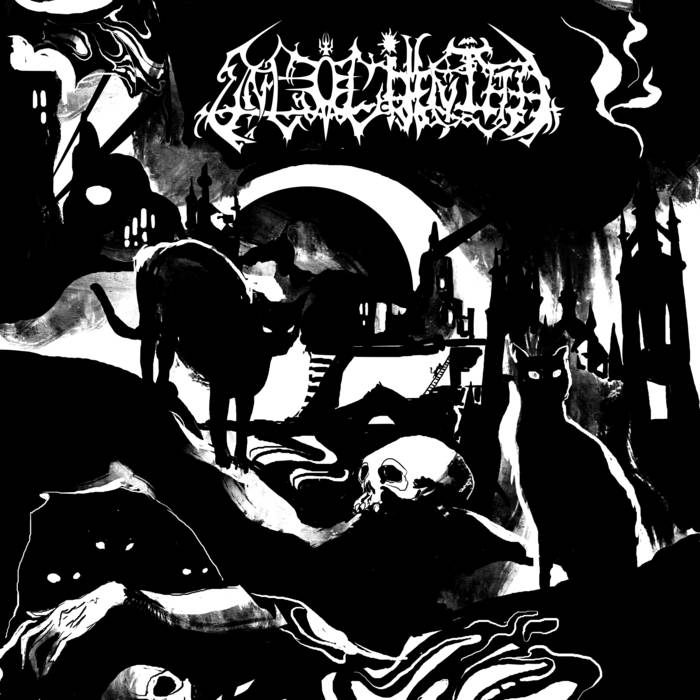 Ungoliantha are a Black Metal band from Ukraine. The band chose their name from the Ancient Spider Beast, Ungoliant, from J.R.R. Tolkien’s book “The Silmarillion”. Founded in 1996 already, the band released a live album in 1999, a demo in 2006, and the first full length in 2015 named “Through the Chaos, Through the Time, Through the Death”.

In 2019 it was time to hit the scene again with a new EP “The Howl in the Waste”. It features 5 tracks, 1 being a Lord Belial cover “Hymn of the Ancient Spirit of the Forest” and the last being an outro.

Ungoliantha play some accessible, mostly melodic symphonic Black Metal, combining elements from the 90s but also some newer elements here and there to keep things interesting. The keyboard elements play in important role, enhancing the atmosphere, like old Emperor did. They can speed it up like in “The Old Blind Man” or taking it more atmospheric, like the first half of “Ghost Wanderer” before some blasting action erupts.

The Lord Belial cover was well done too, so a well-rounded EP, which is catchy, preserving the feeling from the greats of the subgenre. May sound familiar, not new, but well executed! To keep an eye on. (DPF)