Under The Church – Supernatural Punishment 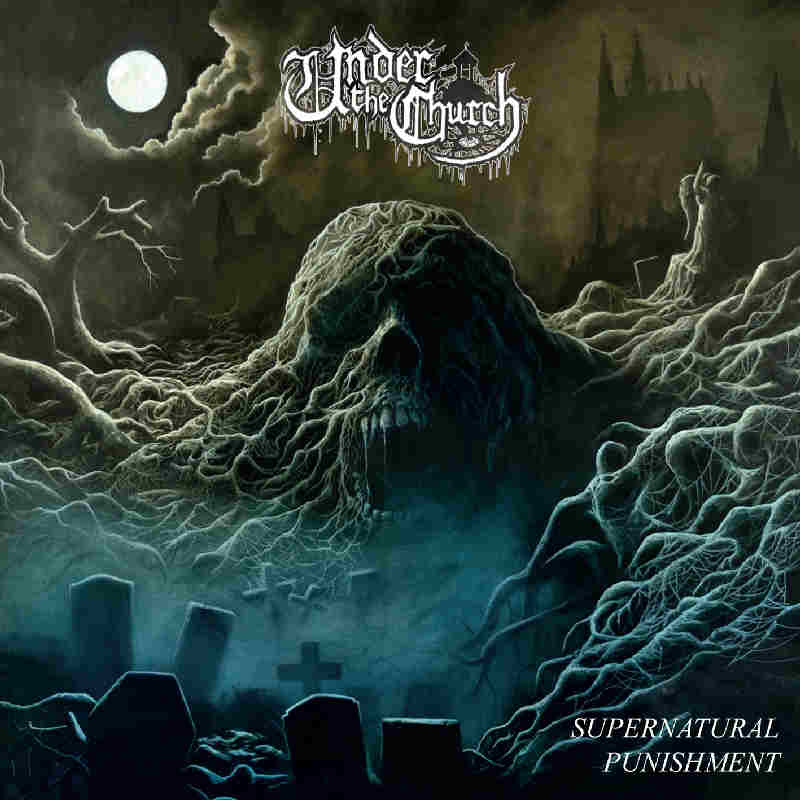 Here we go again… Sweden and Death Metal. You know what results on this combination, right? Yes, quality death metal only the swedes know how to make! Under the Church is, of course, no exception to the aforementioned “sacred rule” and their latest album “Supernatural Punishment”, the follow-up to their brilliant 2015’s debut “Rabid Armageddon” (both released by Pulverised Records) proves it without leaving any doubt. Already featured on no other than Darkthrone’s Fenriz’s “Band Of The Week” blog site, the band has caused a stir in the underground Metal community since their sold out 2013’s three track demo, simply titled “Demo 2013”. The lineup for this last recording features the likes of very experienced musicians of the Swedish death metal scene: joining original members Lars Henriksson (bass) and Erik Qvick (drums) – both from the classic band Nirvana 2002 – we have Erik Wahlin (guitars) from the recently resurrected Merciless, former Morbid-axeman Marcus Klack (guitars) and the voice of Erik Sahlström (General Surgery, Crucifyre, etc), additions which obviously strengthened the band’s force and power and clearly shows how high can a band’s quality level reach when they work hard. It’s their best release ever, musically and production wise, consolidating the name Under the Church as one of the leading Swedish death metal acts. The nine track album features a cover artwork and layout by renowned Swedish illustrator Mattias Frisk (Ghost, Vanhelgd, Trap Them, Night, etc) and is especially recommended for fans of early Master, Nihilist, Autopsy, Nirvana 2002 and pure Swedish Death Metal! (Antonio)