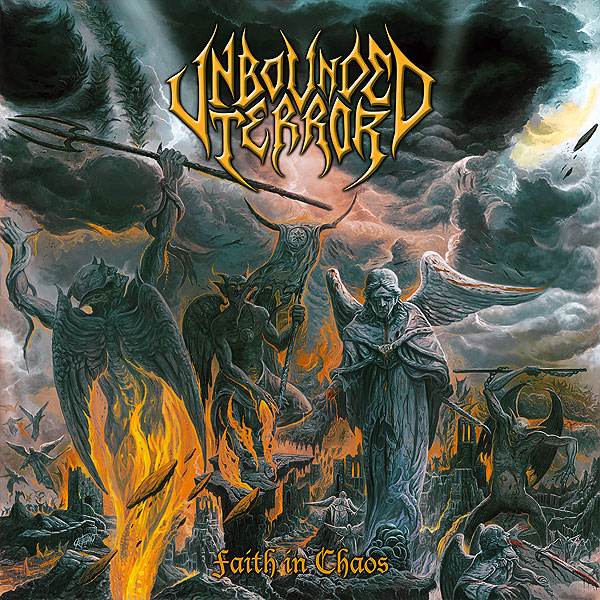 Being called “one of the very first Death Metal bands of Spain”, although the band moniker was Putrefact Monstruosity back in 1990, is a label that has been slabbed on Unbounded Terror. After releasing a debut album called “Nest of Affliction” by Drowned Productions in 1992, and re-released by Xtreem Music in 2011 (not strange of course concerning the Drowned Productions – Xtreem Music connection) they laid the band to rest in 1993.

With new members by his side Vicente Payá resurrected Unbound Terror again and recorded the follow-up after 28 years. After all these years they kept it Old School, mostly UK-based (Memoriam, Benediction) combined with doom-laden parts as well as fast Vader moments.

Uncomplicated and straightforward which is nice for a spin, but I don’t think it will gain a lot of attention in the stream of many releases nowadays. (Ricardo)