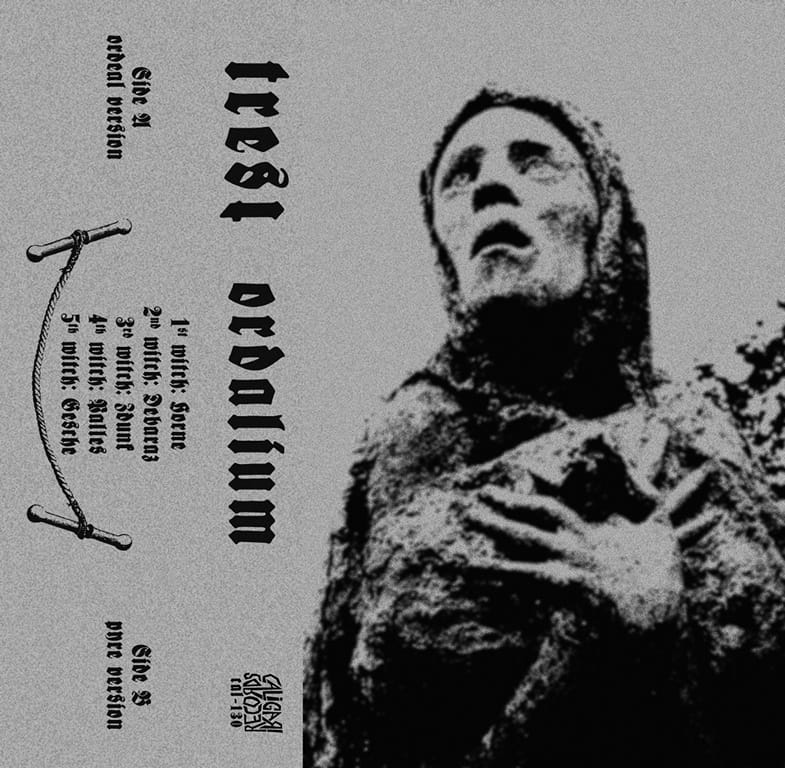 Germany during the last years put out some impressive records in the field of extreme metal, Black and Death metal especially. Trest belongs amongst them.

I got zero information about the band, only the sound. Expect killer, atmospheric, modern Black Metal, somewhere between the Icelandic and Nidrosian Black Metal. It’s huge, it’s dark, it’s melancholic, heavy as oceans, it’s large as universes, and it’s fucking catchy too.

Thematically it’s all about witches, malleus maleficarum and the last sentenced people in Europe for witchcraft and magic. Some of the more melodic parts also remind me of MGLA for example, or the more simplistic riffing on “2nd Witch: Debaraz” has a certain Bestial Mockery feeling too.

Trest divided the record in 2 parts, being the same songs but sounding a bit different. First half is named “Ordeal” version and the 2nd “Pyre” version. “Pyre” is definitely rawer as the guitars have a more noisy distortion and can really be compared to some burned wood (or human) by the flames. Both versions work. It’s your choice whi(t)ch one you prefer.

Definitely something to recommend If you like that old school Black Metal blast, long stretched minimalistic riffing, great speed transitions to keep everything interesting enough and tons of atmosphere that once again shows why Black Metal is dark as fuck and black as vanta. Come to the Sabbath! (DPF)