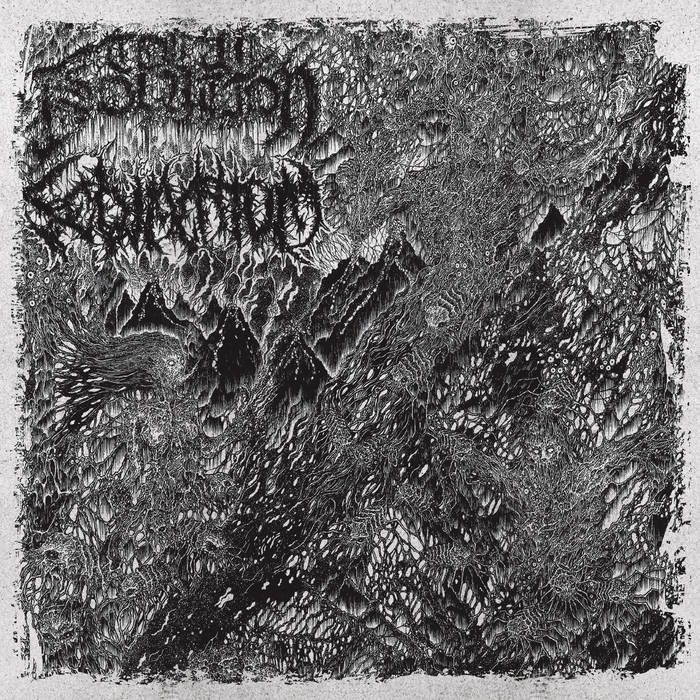 A split from British Columbias Total Isolation and Quebecs Sedimentum released by Seed of Doom records was always going to be worth a listen. After releasing a demo in 2019 that gained some traction as well as a split with Phobophilic in 2020 this is the first new music from Sedimentum this year. This is also the first new music from Total Isolation since their demo Winfield in 2019 as well as the first split they have been part of.

Total Isolation start things off with Vomiting in a pit fog! Straight into a mid paced Bolt Thrower style riff with a a guitar tone drenched in the classic HM2 buzzsaw sound that cut you to the core. Wild dive bombed solos alongside punishing drums take you into the groove before the bark of vocalist C. Jones gives you a (necessary) kick in the teeth, very reminisced of Chase Mason of Gatecreeper vocal approach. The way the bass drums are mixed on this song really provide the right amount of punch during transitions, giving the guitars the attack they demand. Crusty and heavy AF. Definitely up the street of fans of Black Breath, Gatecreeper and Coffin Mulch.

Next up are Sedimentum with “Mollisonia Plenovenatrix” (Your guess is as good as mine on that title). Straight into the speed metal realm we go blasting into from the get go before crashing into a slayer beat that brings in a trade of between vocals, a hanging doom section at the half way point builds up in the pocket towards a knuckle dragging stomp that makes you want take out anything in your path. Since hearing the demo Sedimentum released my interest in this band hasn’t waned and this song gives us more hope! You would think they were were of the underground Scandinavian scene with this sound nailed as good as it is.

Both bands provide some good material here. Some future splits, EPs or full lengths will be worth the wait I’m sure. (Skye_Dogg)