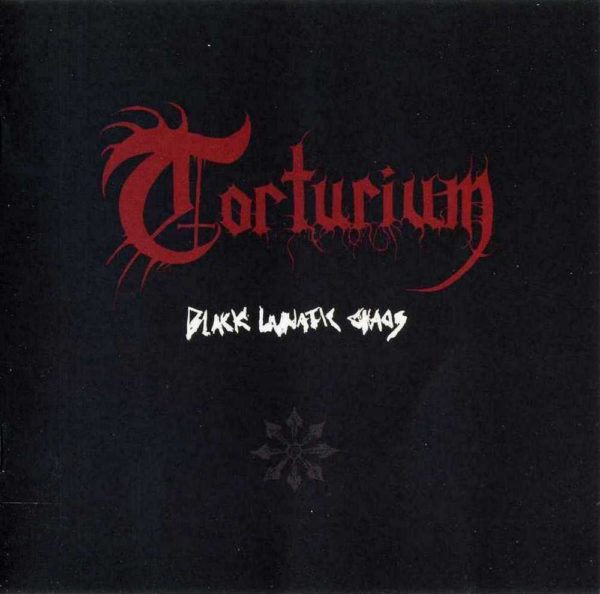 Formed in 2002 by sole member War Torech (ex Ravening and Satanic Warmaster), Torturium has been making some very loud noise in the black metal underground of late with his latest offering aptly entitled “Black Lunatic Chaos”. Far better than his much celebrated first full length effort “Misanthropic Angels Burning Winds” (2005) in terms of both production and songwriting, the material on here brims with a primitive symphonic blackness that brings back vivid memories of early Emperor, Enslaved and Burzum, though still manages to emit a foul orc-ish air that is entirely its own.

Powerful in the epic majesty tracks like opener “Disciple Of Demons” and “Charm Of The Serpent Of The Void” are able conjure, the razor sharp guitars and hypnotic drum work weave unearthly soundscapes that stick like permafrost in the mind of the listener, to the point where you can almost feel the freezing winds of the desolate north biting against your skin. Subtly drenched in grandiose keyboard arrangements that add rather than hinder the intended scope of this material, Torturium cleverly balance the mixture of blackened melody and all out earth destroying aggression (“A Dream”) in a way that makes every single note, chord and ultra-harsh vocal line (think a more controlled Bethlehem or early Burzum) hit with the malicious intention to beat all that is positive in this world into a bloodied, mangled mess.

As one of the finest examples of Finnish Filth there is out there (and fuck me there are a lot of them) Torturium have created what is essentially everything you have ever wanted from a black metal record in six foul and putrid swoops. If you want to envision that dark delight of a desolate snow-covered winter night wandering in some long forgotten forest, then “Black Lunatic Chaos” is the perfect vehicle to transcend you there. Undoubtedly one of the most essential black metal purchases you are ever likely to come across. (DaveW)