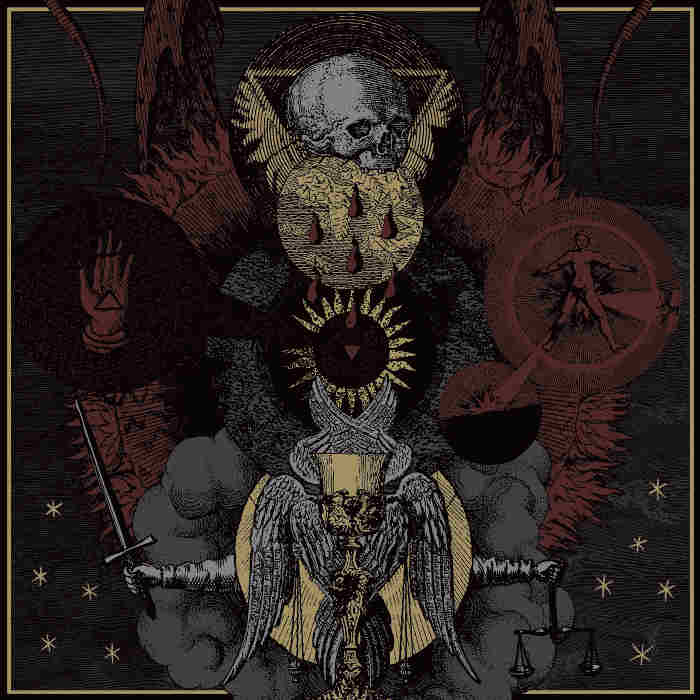 I find it rather odd and somewhat exciting, that for some reason this year, when I decided to start reviewing albums again, I have found that a few bands, who I really, truly enjoyed, had not released anything new since around the same time when I stopped doing it, reviewing albums, years ago. Now those same bands have released or are releasing something new and I get the chance to review them. It almost feels like an omen that is telling me that writing reviews for this music I love is something I need in my life and all these bands somehow felt the same inspiration lately too, but applied it towards their trade. Thronum Vrondor here is one of such bands, except they are the outlier in the bunch and their last release was around the very first time I paused from writing for a bit, way back in 2009, with their great release “Vrondor II: Conducting the Orchestra of Evil.” Now, ten years later, they have returned, with a proper lead vocalist, with their new opus here “Ichor (The Rebellion).”

Thronum Vrondor, hailing from Tielt, West Flanders, Belgium, started out their life back in the year 2005 as a two piece powerhouse of blackened goodness, putting out two stellar full length albums before fading away into the either. With Crygh taking care of the drums and most of the vocals and Vrondor handling guitars and bass and no one else. Until now, well, as of 2015, Thronum Vrondor is a three piece powerhouse, with SvN taking on the mantle of vocalist and lyricist for the band, while also adding some keys too. The overall result of this change to the line-up is very evident and quite, in my eyes, welcome, SvN’s vocals are outstanding throughout the entire album and the overall quality of downright, well, everything has been raised exponentially. Which, when you look back on their first two albums, is saying a lot.

Thronum Vrondor play a style of Black Metal that is firmly rooted in the grand old Second Wave, akin and somewhat similar to such acts as Funeral Mist, Marduk, Urghel and Enthroned. Yet these Belgiums make their music sound like it is truly their own, they are no mere copycats hoping to cash in. No, these gentlemen have taken a tried and true sound and through love and dedication have molded and shaped it into something that is completely them and them alone. Yes, it’s basically Second Wave Black Metal but it’s been personalized and enriched by Thronum Vrondor and their experience. Which has only been added to and heightened exponentially here on this superb new album “Ichor (The Rebellion).”

In the end, there is no real connection between my reinvigorated inspiration to write and bands such as Thronum Vrondor reemerging but the timing just seems to somehow, cosmically line up. I can just only hope that my return is as outstanding and dynamic as this band’s here has. For “Ichor (The Rebellion)” is downright outstanding. Period. Do you like Black Metal? Then you’ll absolutely love this.  (Ben Schultz)