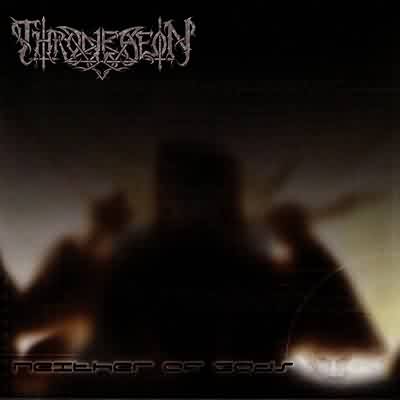 All you people who think that the last Deicide material lacks the atmosphere and the quality of the first albums, Throneaeon is a good alternative for the ‘new’ Deicide. They don’t have the extreme satanic outcomings that Glen Benton and his men have, but there are some strong musical similarities. This album reminds me mostly of Deicide’s self titled debut and the killer “Once upon the cross” album. The big advantage of this album is that it never sounds directly stolen or too predictable. It still has a certain freshness over it, thad makes you want to play this over and over again. I just hope this band is able to hold on to that fresh feeling. If they are, who knows what the future could bring… (Stijn)