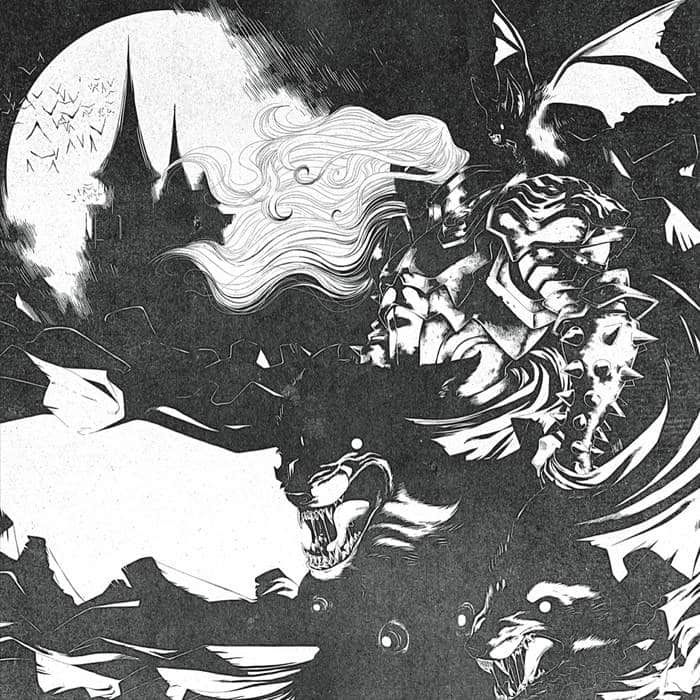 As known Graf Werwolf has quite some active and non-active bands in which he is or was involved in the last 25 years, mostly in the Black Metal scene. Where probably some are waiting for a new Satanic Warmaster album, Werwolf created some fine Black Metal with Grieve, joined Vargrav and released a new full-length with his entity The True Werwolf which contains one of the most played Black Metal tracks by myself of last year; “Thy Deviant”.

“Devil Crisis” has everything of the Finnish Black Metal scene in history; a raw edge concerning the sound, melody, good amount of keys but also a raw, cosmic and dark approach from time to time. On this album every song is a bit different, with “Thy Deviant” you have the dark and cold atmosphere (love the fading in/out of the cosmic ambient keys) while melody enhanced by the almost medieval keys on “Chi No Namid”  are the most important ingredient for the song. Talking about “Chi No Namid”, along with “0373” the melodies of both songs are based on old NES-videogames, the first one being “Castlevania II: Simon’s quest” and “0373” on “Journey To Silius”. It creates a sort of 80s synthwave played by guitars vibe.

And at the end we have “Magick Fire”, which is a rockin’ punkin’ Black/Speed Metal track, so as you can read, the diversity within Black Metal on “Devil Crisis” is quite present and makes this an enjoyable and diverse album (Ricardo)