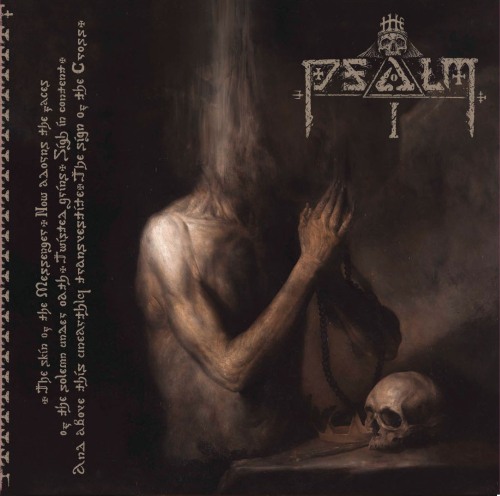 Originally released on tape and 7“ in 2015, it is finally out on CD too through Repulsive Echo Records. The Psalm`s currently first and only release “I” is now out with the addition of 3 tracks of killer death metal, somewhere between Pentacle,  Asphyx and of course the former band of some of the members; Nocturnal Vomit. The band was found at the last day of 2013 by some of its members according to Metal Archives. It can be seen as a continuation, mostly because of its straightforward European Death Metal psalms with the all disturbing voice of singer and guitar player Thomas, which comes really close to Martin Van Drunen`s voice. What The Psalm offers differently are some atmospheric instrumental parts in their songs which add another facet to their sound compared to the former band. The use of keys in the vein of old Morbid Angel and the likes are well placed to add some more of its ancient aura. The Bolt Thrower like thrash riffs are fantastic and are heavy and crushing panzer like, here and there overlapped by a great solo and some organ sounds, which are dark and obscure(special to mention this on the Rotting Christ cover they did here). The last track was recorded at a show and shows them in a good live manner, they totally kick ass here. Recommend, hopefully not only for this EP. (DPF)