The Furor – Cavalries of the Occult 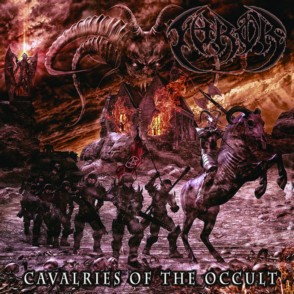 The Furor is back. Disaster (Impiety, …) killing it ones again, delivering a harsh chaotic Black/Death manifest the way it`s known from the band. This time it feels more intriguing, combining complex song structures with chaotic power chords and tremolo picking, seen from the pals like Impiety, Angelcorpse and so on. Making it a bit less accessible due to its complexity without losing it`s “in your face”-power the band is known for. The Furor made another step forward with this one.  Mixed and mastered by Nizam Aziz (Impiety), the production fits well and giving it power and substance. Fans of the aforementioned  bands will enjoy it as much as I did. This album is face melting, bone crushing top notch bestiality for your ears. The Grand Magus of Death shall arise! (DPF)