Temple of Void – The World That Was 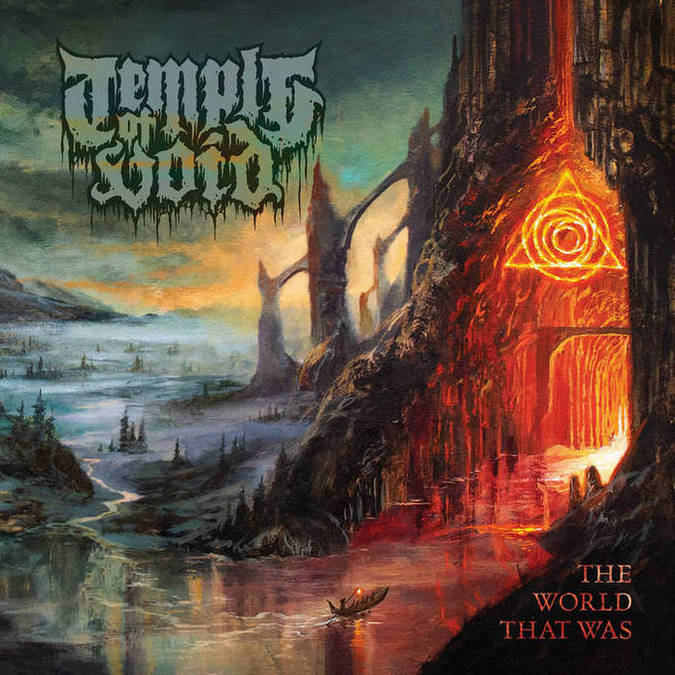 Within the sheer mass of Death/Doom releases dropping every day, it sure is hard to stand out these days. But Temple of Void managed just that on their 3rd Full length “The World that Was”.

One thing that already set them apart on their previous albums are the vocals. Once the deep and powerful gurgles of Mike Erdody start, it makes you recognize the band immediately. While they may have sounded a bit like a gimmick in the past, they are a fully integrated force that hold their own against the instruments here.

They also upped the atmosphere quite a bit, but don’t be fooled, at the end of the Day this is a Death Metal album. Clocking in at almost 40 minutes, there’s quite the tempo changes going on, which also sometimes feels like it’s trying to serve too many different tastes at the same time. This is especially prominent with the song “Leave the Light Behind” which introduces clean vocals to their repertoire. While this song might arguably have the strongest riffing on the album, it might throw some people off.

But even with this little distraction, the album as a lot to offer for fans of genre. Be it the haunting atmosphere on the intro track “A Beast Among Us”, the catchy riffing on “Casket of Shame” or the beautifully crafted instrumental “A Single Obolous”, everything pulls you in and makes you feel like you’re actually on that boat pictured in the stunning artwork (courtesy of Adam Burke) and ready to enter the mysterious mountain temple.

Highly recommend if you are a fan of Death/Doom! (Leo)