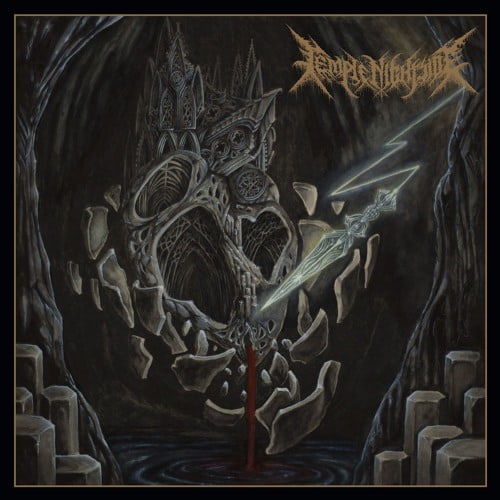 Apparently, most of the Australian Death Metal scene is prone to confusing people from other sides of the world. The Black / Death entity Temple Nightside, who have been making music since 2010, have decided to take it up a notch in doing so. Their debut full lenght (from 2013) has been titled “Condemnation” and this one (from 2018) is titled “Recondemnation”. On a closer inspection, even the song titles are the same, yet this is not the same album. Confused? Yeah, so was I.

Confusion is a part of chaos and one of the signs of chaos in music is dissonance. There’s a plenty of that on “Recondemnation”. There are vigorous riffs, which are still catchy, walloping drumming, which surprisingly add to the horrifying atmosphere when they slow down and raging vocals, that somehow still manage to be haunting. This is an incredibly well crafted combination of terrifying and ominous atmosphere and textured Death Metal. One of the best modern caverndeath examples today. (Black Mary)