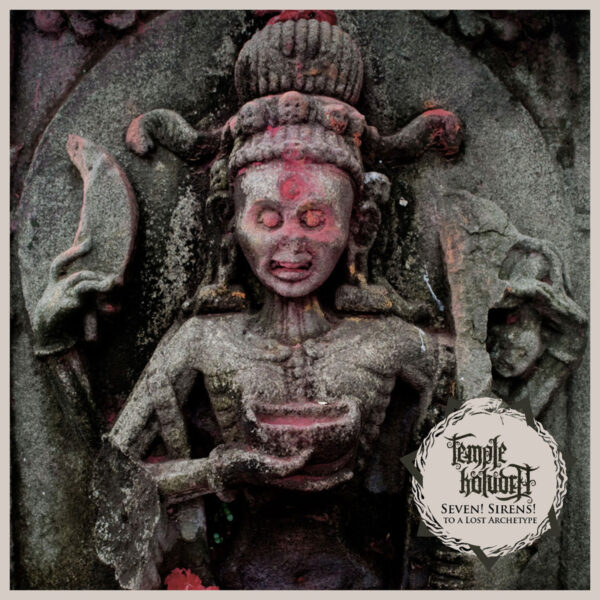 Germany`s Black Metal scene seems to be as prolific as imaginable nowadays, keeping the flame alive and giving birth to excellent releases each year. Temple Koludra can be add to them as well in my opinion. Their debut album “Seven! Sirens! to A Lost Archetype” (right after 2 EPs released in 2013 and 2019) is a good demonstration of forward-thinking atmospheric Black Metal which still has it`s fast all destroying frosty blizzards paired with a huge dose of otherworldly elements that let the mind drift into the realms of the netherworld.

The orchestrations and non metal elements incorporated are well thought out and add some fresh air into it. Some parts remind me of recent releases from Inferno or Chaos Moon. The different layers of riffs and synth sounds are very intricated but not overloaded and make references to Nightbringer, Valdrin and the likes. The focus is clearly on creating a dark but changing atmosphere. Also thanks to the variation in songwriting with the incorporation of different elements which are from Death Metal and non metal influences. The multi-layered guitars with cleans, distorted and some leadworks all woven into an intense and cosmic carpet, are more than worth a listen.

The many facets of the band are not easy to grasp at a first listen, so I recommend to give it a few spins to be able to drown deep into the Temple Koludra. Interesting and strong debut and sure something that metalheads who are searching some avant-gardistic Black Metal sounds should listen to. (DPF)