Tableau Mort – Veil of Stigma: Book I Mark of Delusion 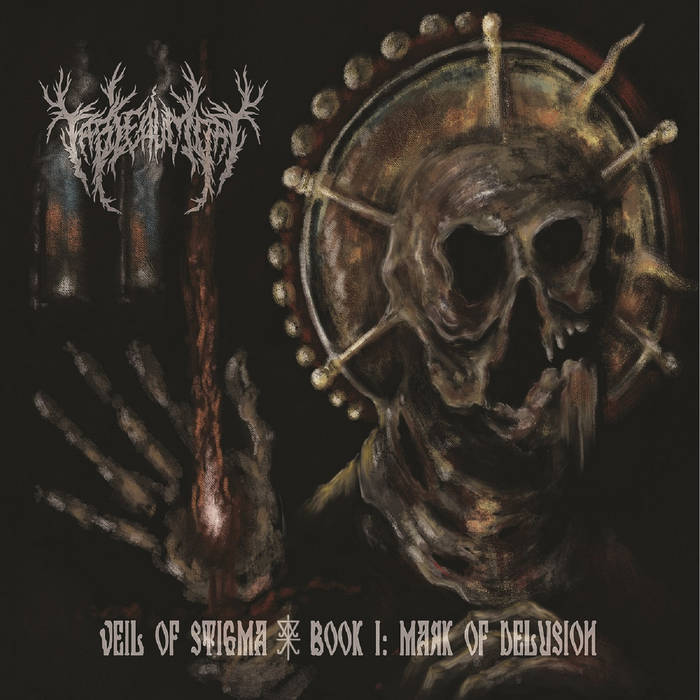 I’m a little late to this one, three years in fact, but I’m now listening to ‘Veil of Stigma. Book I Mark of Delusion’ by UK Black Metal band Tableau Mort. Released on CD by Loud Rage Music, this is the bands debut full length release. An almost fairy-tale like touch to the intro doesn’t prepare you for the instant onslaught of Black Metal that then assails you. yet as quickly as the assault begins, Tableau Mort change the game slightly and introduce a more atmospheric sound to the table. Indeed there is an airy haunting quality that moves freely and simultaneously with the thunderous drumming, harsh vocals and cold riffs that thunder forward unchecked.

It’s interesting to look back at this release as the current day tableau More are a band that I have only recently begun to experience, so a listen to their origins in both instructive and enjoyable. Where I feel the band are most impressive is when they call a ceasefire to the savagery of their usual onslaught and pump the breaks to reveal a far darker, more sinister evil that lurks within the depths of their sound. Here, all the little nightmarish sequences and nuances that the band clearly work so hard on come out to play and not only add a much needed sense of variance that many an album lacks, but also increases the maniacal sadistic touch of the album.

In a very short space of time Tableau Mort are a band who have really grown on me. I’m a big fan of the powerful, ravenous vocal work of James Andrews. (Just as a quick aside, make sure you check out James’s other project – The Head of Helier – a Black Metal band whose sole album to date focuses on the history and folklore of the island of Jersey, and the lyrics flick between English and Jèrriais.  Unbelievably good album.) Speaking of unbelievably good albums, this one is one of the easiest I’ve reviewed to date, as the twisting melodies, ruthless aggression and changeable blackened moods make ‘Veil of Stigma: Book I Mark of Delusion’ an unmissable album, and Tableau Mort a band on the rise that you need in your collection. (Luke Hayhurst)