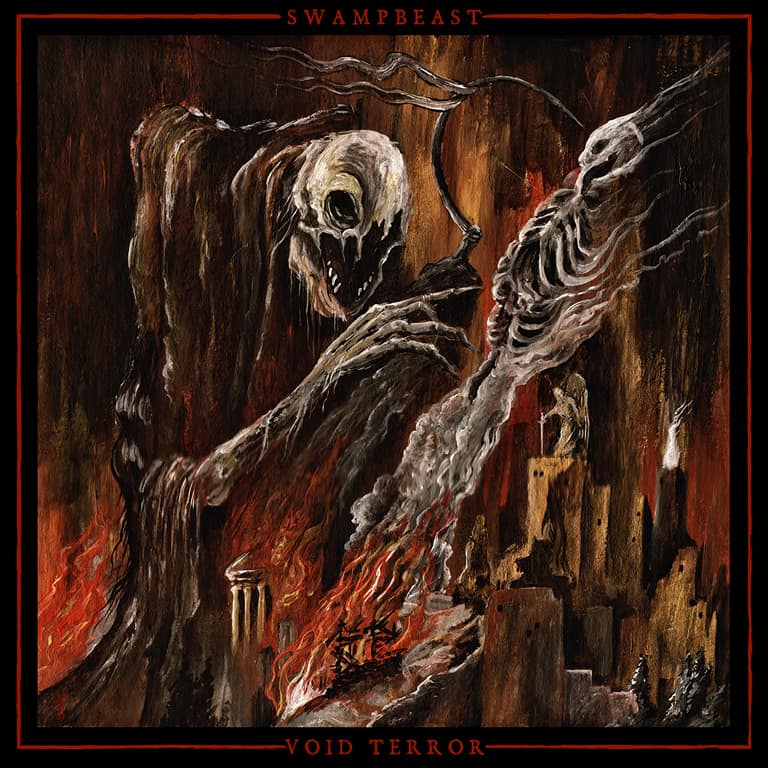 “Holocaust of Terrestrial Empires” is a split between Swamp Beast and Void Terror released by Me Saco Un Ojo Records. Both bands offer up two tracks each to be sacrificed on the altar of raw Death Metal.

Swamp Beast have the tracks “Formless Spawn” and “Chant of Bolotnik”. Swamp Beast play a relentless style of Death Metal with riffs varying between tremolo picking and chugging grooves all while the drums are blasting away. Their sound is soaked in reverb giving an atmospheric dissonance feeling to the songs. The vocals are caustic and guttural.

Void Terror have “Multiversal Extract” and “Second Death” on their side. Void Terror also have a very washed in reverb sound that gives a haunting atmosphere to their playing. A bit more on the Death/Doom side, the cold guitars cut deep with tremolo riffing and chunky palm muted attacks that accompany the hammering drums. The lead guitar work is very impressive on the first track. The vocals are almost whispered with an eerie echo on the growl.

My only downside is that I wish there was more tracks from each band but other then its short playing time, “Holocaust of Terrestrial Empires” is a lumbering beast of doom that will find many a fan in the Death Metal underground. (Ted Gloom)