Summoning Death – One Step Beyond 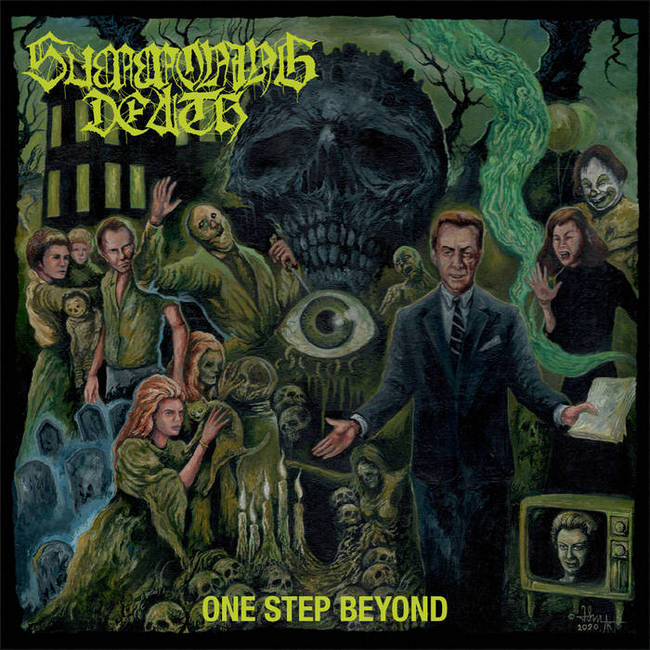 Long time it’s been since I listened to some Mexican Death metal, so with Summoning Death I can check this off. Their second full-length since their start up in 2014, but already with a total line-up change in comparison with their debut album. Only Gil and Arceo belong to the old crew, and just like their previous album, this one is linked to tv-series. This album is reminding the series from the 60’s that addresses supernatural themes, that would be the precedent for the Twilight Zone series.

That being said: this album is a good old school Death Metal album, with some Doom elements in processed (take track “The Image of the Death”). The vocals are deep and low, and jumps to the right accelerations in the different tracks. Only 1 time they leave the path of the Death Metal vocals, where in track “The Bride Possessed” clean vocals are used. If it were me, I would immediately make her disappear, cause it actually breaks the song, but then in a negative approach. Short said: not my preference. But the whole album 1 instrument gets me excited, cause what drummer Ivan Herrera rolls up his sleeves is quiet impressive.

Some tracks are better than others, like “The Mask” with again great drum work and a fantastic rhythm, but the topper is “The Storm”, with its aggressive instrumental input and the superb vocals brought together. Sometimes there are also some parts that sound repetitive, like the closing part of “House of the Death”, but it doesn’t bother me to be honest.

Well, you won’t come back from a fruitless trip if you’re a death metal fan and checked this one out. (Fredde)