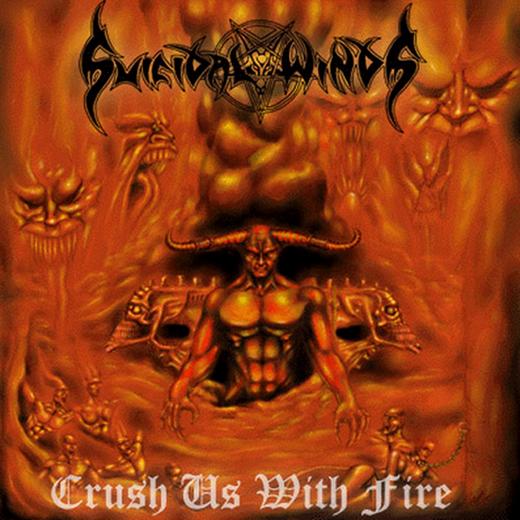 Here we have Suicidal Winds from Sweden with a new mini effort “Crush us with fire”. At least I hope that they don’t mean crush this cd with fire ’cause it’s to good to burn this stuff. Well, it’s not really original and its definitively Swedish, but it’s also very bangable and tight. Sometimes a bit like Marduk on a more death thrashing way. Also included is a Grotesque cover (good) and a live song.

I hope this band will bring some more original influences on their next release, ’cause sometimes it’s not really outstanding (doesn’t mean its bad, its certainly a nice mcd). But especially a song like “The Beast” is good enough to convince me of Suicidal Winds’ powerful music so it’s not a bad choice to buy this release. This CD is limited to 900 copies, and for the vinyl freaks there comes an LP version limited to 400 copies. (JulianK)