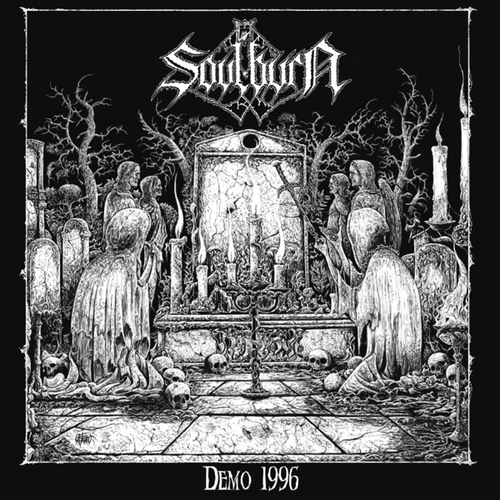 Soulburn is one fine act. After the “God Cries” album and the afterwards demise of Asphyx, Eric Daniels, Bob Bachus and Wannes from Pentacle came together to form Soulburn and recorded this demo.

If you, like me, just love the “Feeding on Angels” album, you will hear the same magic of the pounding drums and the unholy haunting riffs, melodies and solos. And if Martin van Drunen isn’t available for whatever reason, Wannes is a perfect replacement.

Of course it is impossible not to compare it with Asphyx, and it doesn’t came as surprise Asphyx was resurrected while writing new songs, which became the “On the Wings of Inferno” album, but there are some slight differences, let’s say less Doom-laden and more Pentacle hints. But still, after all these years, these songs remain aggressive as hell and fuckin’ very well written with riffs and melodies which are memorable.