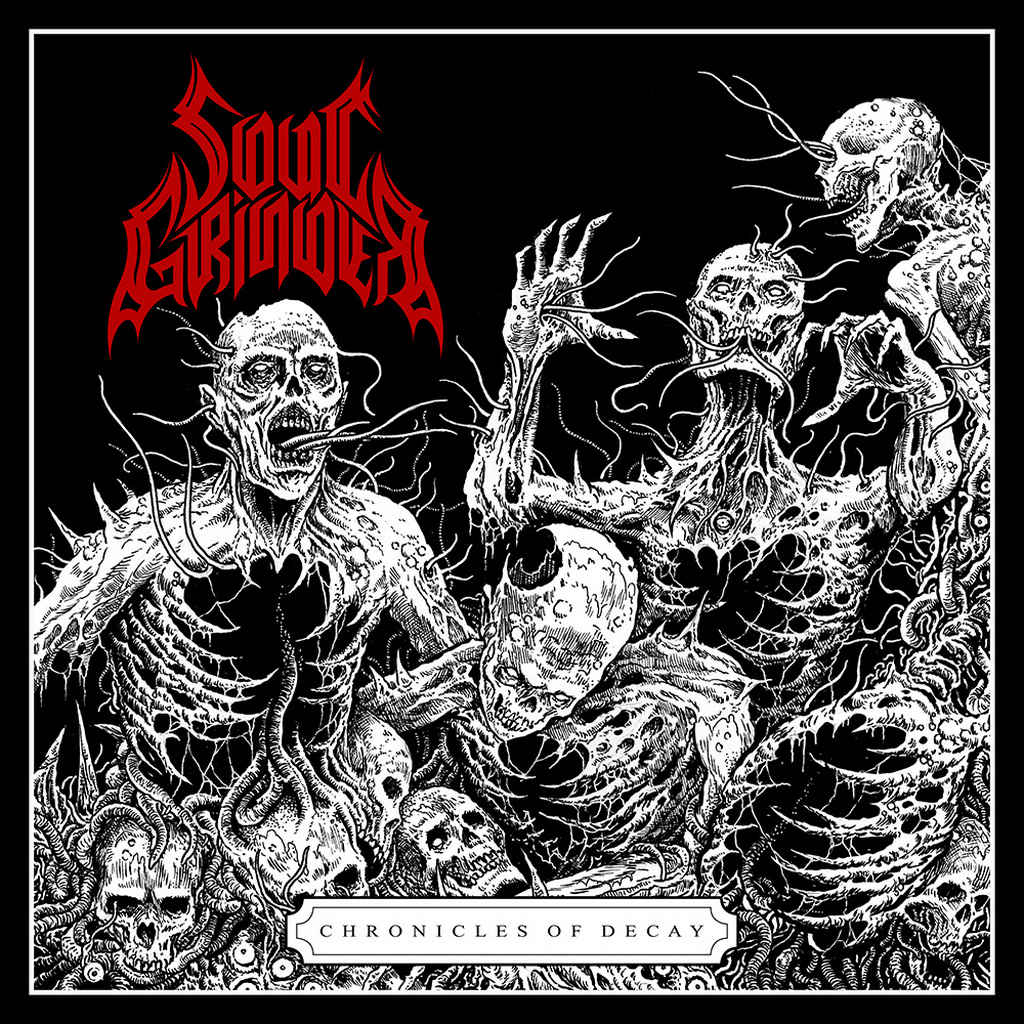 The city of Bremen (Germany) hasn’t been able to serve so much with renowned, good bands in the extreme metal field so far. Besides Mantar, only Ctulu comes to mind. But with Soul Grinder, a new project has set out to bring Bremen’s extreme metal to the world. Already with the first EP “Sadistic Parasite” the trio around Ctulu frontman Mathias Junge could convince and sparked a slightly addictive feeling in me. Now, with “Chronicles Of Decay”, the first album of the death metal band is finally released.

It is difficult to single out one or two songs from “Chronicles Of Decay” that are more convincing than others. The songs are too varied and too good for that. Personally, I like “Morbid Masquerade”, where Endseeker frontman Lenny contributes some guest vocals, best, because it’s a really wrecking ball, an total neckbreaker. But also “Infernal Suffering” (with Negator’s Nachtgarm), “Ruins Of Existence”, “The Sun And The Serpent” and the rest are absolutely strong Death Metal numbers. No song here stands out negatively in terms of quality.

Soul Grinder shows with their debut “Chronicles Of Decay” that Bremen also has damn strong Death Metal to offer. Or to put it another way: Thanks to Soul Grinder, Bremen is finally playing on a high international (Death Metal) level again! (HaCeBo)