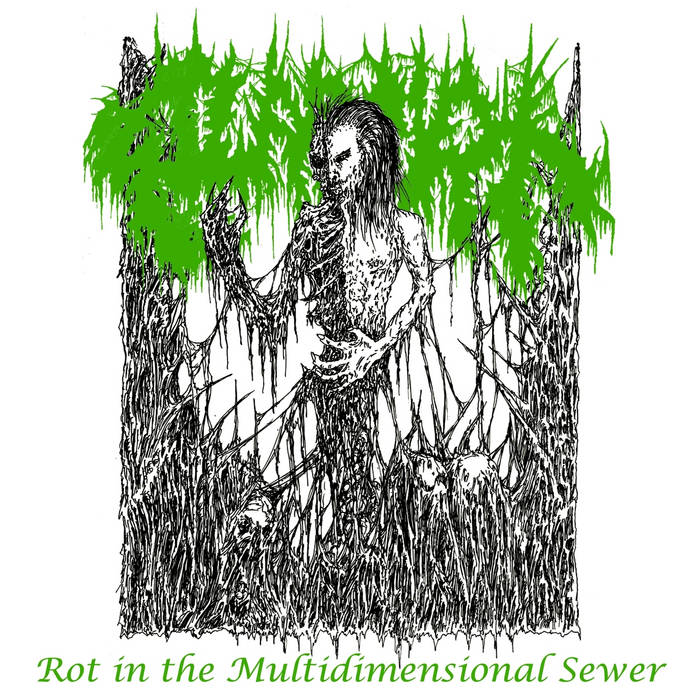 Costa Rica isn’t represented a lot here at VM-Underground, but I bet Bloodsoaked Necrovoid or Astriferous will ring a bell for some of you.

Solarcrypt is a one-man project by Jean Paul Montero and he had the ambition to create a vile entity in the vein of Rottrevore and Incantation with a crusty edge of Doom. “Rot in the Multidimensional Sewer” was first released by Harmful Existence Productions on cassette, limited to 100 pieces and Morbid Chapel Records volunteered to do the CD release.

With tracks like “Fractal Crypt for the Bleeding Cosmic Decomposition” and “Through the Rotten Flesh of the Antithesis of Creation” you get some putrid chugging Old School Death Metal with some fine D-beats and morbid vocals. What more do you need? (Ricardo)