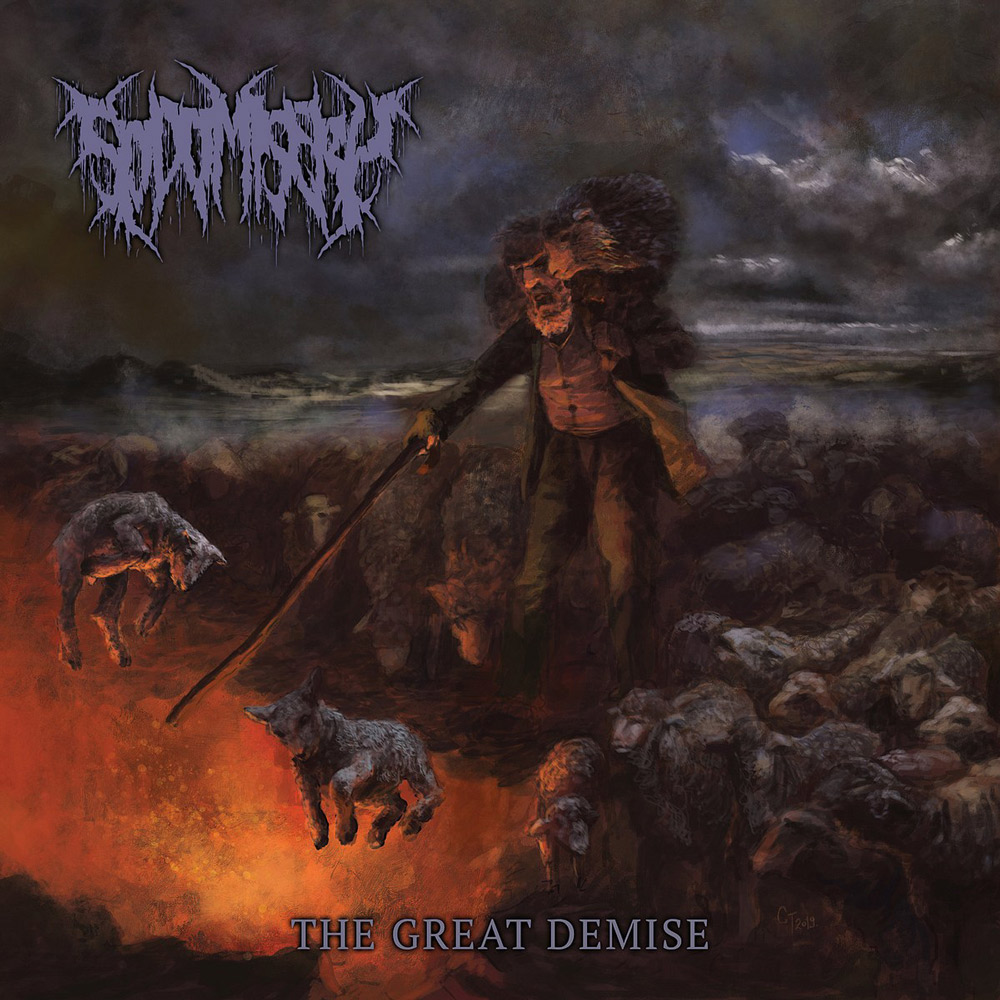 When the words “Death”, “Black”, “Sweden” and “Dissection” are being used to tickle my goodies, I am both excited and as fuckin’ sceptical as an Italian grandmother tasting someone else’s Pasta Carbonara.

Sodomisery, with experienced members who have history with Smothered and Diabolical, has it all mentioned in their promotion sheet along with At The Gates and Naglar, and I’m not going to lie to you…they mark the checkboxes of all 3 aforementioned bands, with the remark to think of At The Gates material after the reunion, a more Death Metal version of Naglfar and Dissection’s  “Reinkaos”.

When you hear a song like “Sacrifice” you definitely hear the Dissection’s “Reinkaos” influence for example, while during “The Messenger” you hear a typical At The Gates rhythm riff. It would be a bit harsh to downgrade “The Great Demise” for a bit as I really yearn to hear a total homage of “Terminal Spirit Disease”, “Diabolical” and “Storm of the Light’s Bane”, but Sodomisery delivered an album in which they have mixed the “00’s till now” of Swedish hybrid of Black and Death Metal. And they have done a good job. (Ricardo)