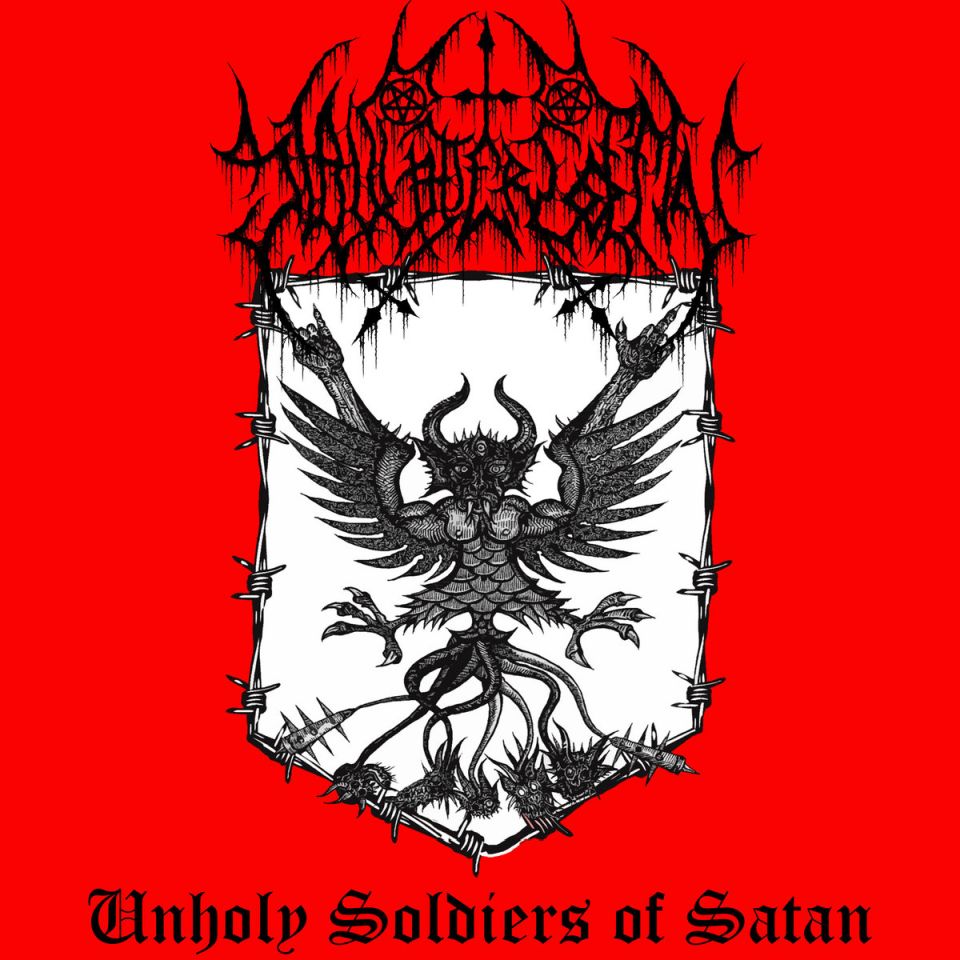 Lord Slaughter & God Emperor Coffin started SlaughterCoffin back in 2016 and produced 2 demos and a EP prior to this “Unholy Soldiers of Satan” compilation, which beholds the “End All Life” demo as well which was self-released on 7” in 2018 and on cassette by Urkraft Fanzine in 2020.

Both mr. Slaughter and mr. Coffin aren’t in denial which way they think SlaughterCoffin should go concerning sound and presentation; Raunchy Death Metal, the old School way with a mix of the old US Death Metal scene as well as the Swedish one. Something like a pus-drenched Vomitory kind of vibe, but with mid-tempo USDM parts added which you can hear on “A Furore Mannorum Libra Nos, Domine” for example.