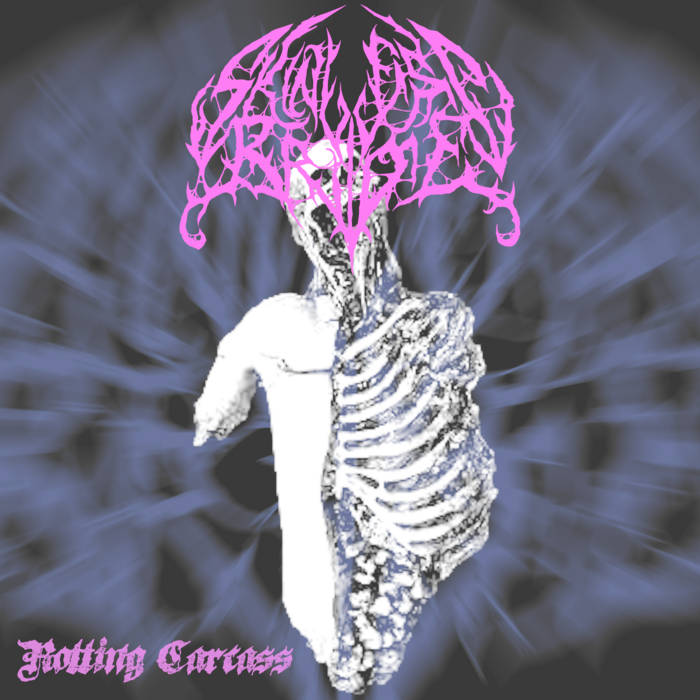 Skinless Bride sounds like a mix of Skinless and My Dying Bride… no, musically they don’t actually sound like that at all, but I guess that would be an interesting sound. Anyway, Skinless Bride is a Dutch Death Metal band that was formed by Count Azathoth after he ended his previous band Goddess Of Decay. The first self-released EP from this new entity is entitled `Rotting Carcass’. And it does sound a bit like Carcass.

From the first tones of `Metamorfleshed’ it is clear that the material on `Rotting Carcass’ is, both in riffs and in guitar sound, more like typical Finnish Death Metal in the vein of Abhorrence, Demigod, Adramelech and Convulse. The reverb-drenched screams and growls are more like vintage Carcass however, but the two mix well together. Not so surprising, since the sound of Carcass has always been a very obvious influence on old school Finnish Death Metal. The Finnish Death Metal scene was also known for a ludicrously high level of musical craftmanship combined with heaviness and catchiness, and Skinless Bride’s sound is a more basic and crude form of said scene. In that sense, there is a little bit of that old school Grindcore vibe to the music in terms of a straightforward and more simplistic approach to music. Regardless, `Rotting Carcass’ is a charming EP by Skinless Bride that will surely please fans of old school Death Metal.