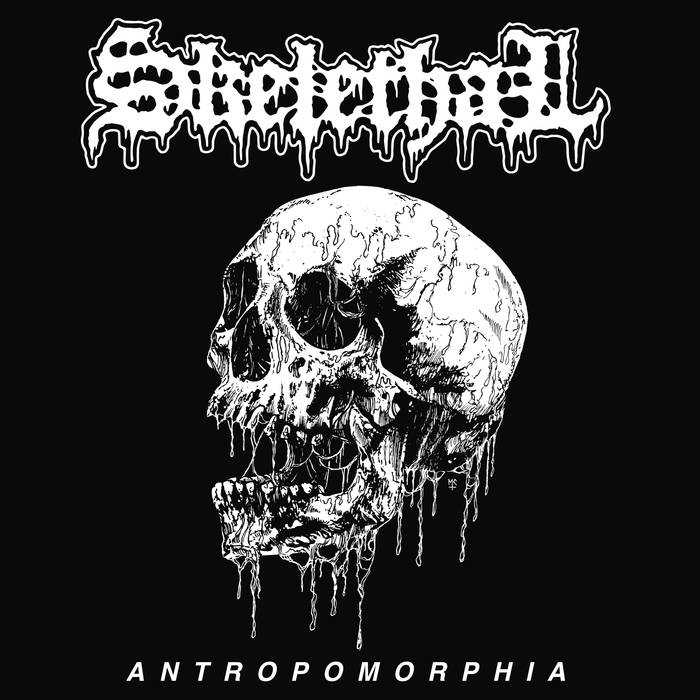 I am gonna get straight to the essence on this one. Skelethal nails it….big time. The artwork, done by Chris Moyen is a stunner. By looking at the cover you now just what to expect, bone splintering Death Metal with a giant capital D. This is the stuff you’ll put on repeat, to listen to all night.

Two new tracks, a re-recorded one and a cover, these are the tools of the trade, needed by Skelethal for tearing down your living room and leaving you obliterate. Production is on point. Top heavy, transparent and filled with detail without losing that grainy underground feel. Put your amplifier on maximum volume so you can feel the bass roaring underneath this massive wall of sound. Now ladies…let’s talk about Terrorizer’s “Fear of Napalm”. Stating that Pete “commando” Sandoval can play the drums pretty fast is like stating that president Trump’s haircut looks like my ugly niece’s pubic hair. That’s a yes to both. Lorenzo Vissol equals the speed and the precision layed down thirty three years ago, he gives that extra pound of aggression to that Latin-American finesse demonstrated by his Highness. Terrorizer “fear of napalm” now sounds like a horde of horny rhinos is going to hurdling out of my speakers. Impressive.

No doubt about it girls, buy this. Give this band the respect it deserves. (Franki_boj)