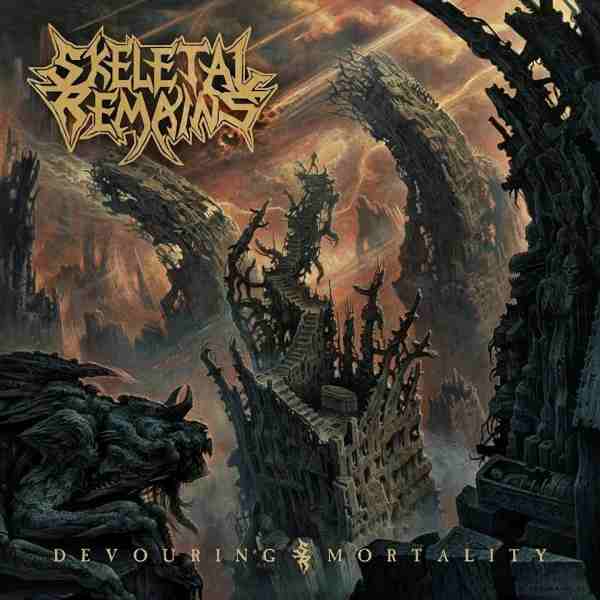 Old school death metal in the veins of old Pestilence, Death, old Suffocation, Gorguts,…yep, then you have to take a listen to this brand new release from Americans Skeletal Remains titled “Devouring Mortality”. The vocals immediately take you back to the old albums from Pestilence where Martin van Drunen (now active in Asphyx) conquered the vocals. Nothing really new to discover on this release, not an own identity and ideas, but the great mixing and recording from Dan Swanö gives their sound a great boost and all tracks are executed well. Listen to the loads of riffs that sound very driven in each track. The only flaw could be that sometimes more variation in the vocals could been added, but overall seen this is a more than pretty death metal album. These guys are on track in this style, and this third studio album is a nice addition in the scene and brings back nostalgia. Only for people that worship the old style of death metal! Tip: the combo  “Torture Labyrinth” and “Grotesque Creation”. (Fredde)