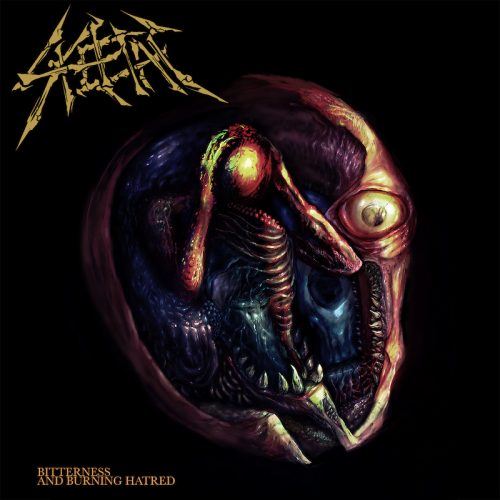 Skeletal from Finland, the one with the “h” between the “t” and “a” is from France, are presenting their 2nd full-length after their debut “Dreadful Life” which was released in 2017.

These Finnish connoisseurs of the decaying sounds are keeping it simple, straightforward and old school. And with simple I don’t mean primitive or cavemen riffs, but the focus on creating hooks, good leads and recognizable riffs and manage to create well-structures songs with a head and tail. Hints of old Pestilence, old Carcariass, old Death, a bit of Thrash…but keep it to hints and approaches as Skeletal doesn’t copy any of them, nor playing it in the same gear sort of speak, but some classical Death Metal will certainly reach your intestines.

Overwhelmed? No. But I can admit I was a bit surprised by this fairly unknown band from Finland, which is always fun. (Ricardo)