Sinister – Deformation of the Holy Realm 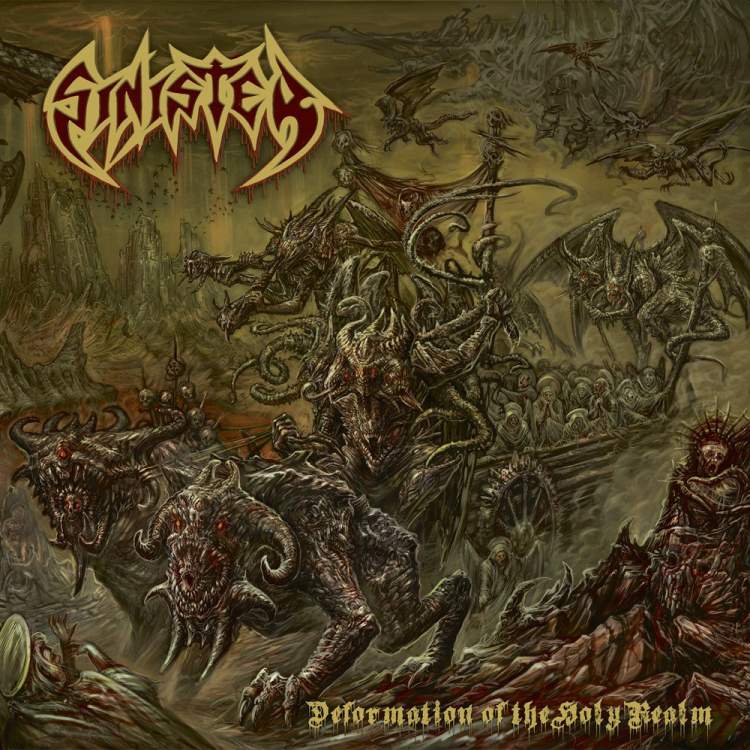 Sinister, perfect for Death Metal and certainly a band that doesn’t need an introduction. Being around since 1988, with a short 2 years break between 2003-2005, they belong to the long running acts in the business. I mean, their discography says it all. “Deformation of the Holy Realm” is album number 14! Not many bands can say that about themselves. Sure, to be honest, not every record was a masterpiece, but often they went overlooked by the masses.

Back to “Deformation of the Holy Realm”…3 years in the making and If you ask me this record is great! Killer Florida Death Metal, mostly somewhere between Malevolent Creation and Suffocation, with some melodic hints towards Black/Death lunatics Belphegor here and there. The production is modern, clear and powerful. The songs have blasts, grooves and a morbid atmosphere, for example “Apostoles of the Weak” which is a killer track. Aad Kloosterwaard does probably his best job on this record, as well as the entire band delivering killer tunes with good songwriting skills and the 2 new members fit in well.

Afterwards hell breaks loose again with some killer riffing to bang your hair to and incorporates, like in other occasions, some choir like chants like on “Unbounded Sacrilege”… cool stuff! And when groove, hammering, variation and epicness meet together you have been “Scourged by Demons” and everything is rounded up by cool artwork of Alex Tartsus.

So, 10 tracks of Death Metal, quite pleasant, brutal, with a melodic touch and a good dose of variation. Their best work during the last years! Well done! (DPF)