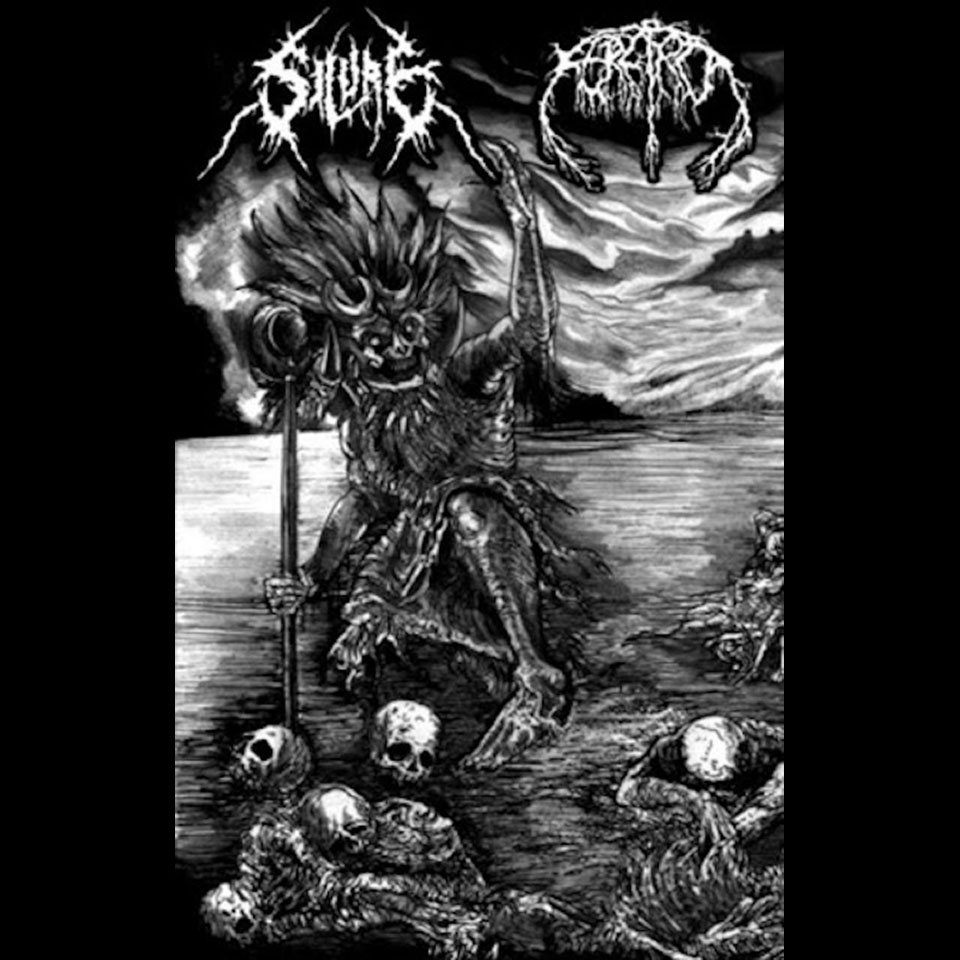 This production is a 7 song split album, that was released in tape format by Nihilistic Holocaust records, featuring 3 songs for Silure and 4 for Feretro respectively.

The songs of Silure show a brutal discharge of pure Death Metal as its finest. The vocal style reminds me of bands such as Monstrosity and Malevolent Creation. The riffs are fast and aggressive as it has to be in this genre and the pounding bass sound makes them even more brutal. The bass work is really good as it gives a huge force to the sound and it is tuned perfectly. The drummer of this band is a really skilled master with the blast beats, playing with great speed and technicality, the blast beat work is surgically executed in this split. The participation of Silure ends in this album with an S.O.D cover which makes it really interesting to hear.

Now it’s time to listen to Feretro, they begin with the song “Primordial Ceremony”, showing a fast paced skank beat drumming and voices that sound similar to Martin Van Drunen´s style, but more dark and deep, so perfect! This song is a really fucking headbanging song, with violent riffs and an aggressive drumming! The guitars sound technical but at the same time blasting, it is a pure madness from the beginning to the end! The “Cemetery Rite”begins with a drum fill very well executed and an impressive composition work on the guitars. Regarding the last 2 songs by Feretro I can say that they keep this malevolence atmosphere with a sick bass sound that supports the sickness of the guitars. The Thrash metal influence in these last songs regarding the drumming is remarkable, in a 90s early Death Metal style.

I would like to recommend these two bands, without any doubt are impressive projects and deserve to be listened to by every lover of Death Metal. Two great underground bands that know how to do Death Metal the old way! For fans of Asphyx, Monstrosity, Autopsy, Pestilence, I highly recommend them! (Manuel Sanchez)