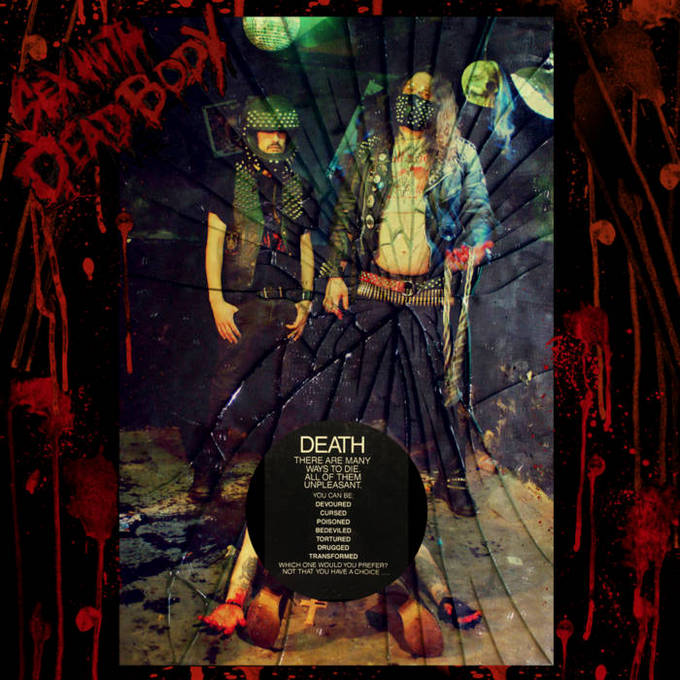 Well, I wonder what the lyrics are about? Shitfucker from Detroit, USA, are back again with some perverted, disgusting and wicked balladry which makes “Sex with Dead Body” already a worthy follow up of the debut full-length “Suck Cocks in Hell”, which was released in 2013.

And an honourable mention for releasing a split on VHS-tape in 2016. Because…why wouldn’t you? Same goes for the idea drummer Psycho Styx had to take a photo holding a knife to his Johnson…why wouldn’t you?

If you’re familiar with the brain farts of Shitfucker, this GG Allin-fuckery  doesn’t come as a surprise. If you are new to them; your grandma will call it tasteless when you play it for her…and afterwards you will show her the attic…and the rocking chair…and the tea pot Missy found…

Music wise you will hear some punkish Black/Speed/Thrash Metal with the dirtiness of Venom, Midnight and Carnivore. In a cheezy, eazy and sleazy way, this pure 80s filth is as much as exquisite art as watching an hotdog-eating contest. But ask the winner after the contest what he would like to eat…”I can go for a hotdog”. (Ricardo)