Shed The Skin – We of Scorn 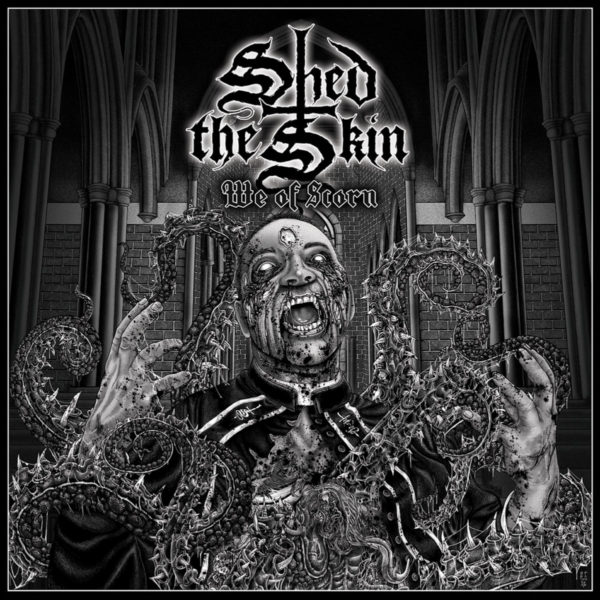 Shed the Skin, one of the best US bands going right now return with their second full length, “We the Scorn”. I was a big fan of the debut album but this new album ups the ante in almost every way. It is also a very hard album to pigeonhole as it draws from many different types of death metal. Sludgy Autopsy inspired riffs, a surprising amount of melody and rapid fire old school death metal all mesh together for an album that is as relentless and is it memorable. What this shows is a band that isn’t worried about fitting into any niche of the genre. This is organically written and it flows incredibly well despite the diversity. Stand out tracks are really hard to pinpoint as the entire album is killer. I love how the opener “From Tortured Realms” goes from orchestral swells to some very Paradise Lost style melodies before giving way to a thrash tempo with awesome throaty growls spewing overtop. “Tetarchy Pact” opens with a killer drum fill that makes you expect an all out assault of speed but then it launches into a super creepy Autopsy like riff that will no doubt make necks snap during live performances. The title track to me sounds like a much more extreme version of early At the Gates. It has tremolo picked riffs abound and some killer mid-tempo stomp riffs. The rest of the tracks are just as killer and feature a lot of surprises. This one comes highly recommended. Forget about labels, Shed the Skin have written a memorable and expertly crafted album that manages to rise way above being just another Death Metal album. (MikeH)